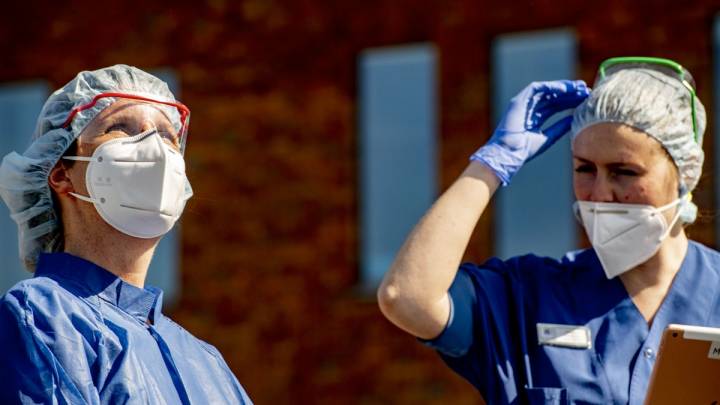 The race to develop vaccines and new drugs for the novel coronavirus is promising, but it’ll be months before they could be ready. Once they’re approved, there will be a limited supply at first and it might take a few more months for the drugs to be widely available. Separately, doctors have obtained good results at repurposing some of the existing drugs to treat COVID-19 patients, with several clinical trials aimed at offering new treatment protocols for the disease. But only one of them was officially confirmed to be effective in certain types of COVID-19 cases. That’s remdesivir, the drug that Gilead Sciences developed for Ebola. However, the available supply will run out at the end of the month in the US, and more doses are not expected to be available until later this year.

Remdesivir can reduce the recovery time from 15 days to 11 days, according to a significant COVID-19 study. A second one trial that a 5-day course of the treatment is just effective as a 10-day course and better than other standards of care against the novel coronavirus. However, remdesivir only works in mild to moderate cases, and it can’t prevent complications or death. It’s not a miracle drug, and doctors are looking to pair it with a second medicine to improve the overall outcome of patients.

Come June 29th, the US government says we will run out of our remdesivir supply. “Right now, we’re waiting to hear from Gilead what is their expected delivery availability of the drug as we go from June to July,” Dr. Robert Kadlec told CNN. “We’re kind of not in negotiations, but in discussions with Gilead as they project what the availability of their product will be.” Manufacturing the drug is not necessarily easy, the report notes.

Kadlec, the US Department of Health and Human Services assistant secretary for preparedness and response, added that the HHS has been working to help Gilead “with some of their supply chain challenges in terms of raw materials and being able to accelerate the process.” The official added that “whatever the supply may be, there may not be enough for everyone who may need it.”

As it stands now, the available remdesivir supply might not meet demand. The government ran into logistical issues when it started supplying states in early May, seeing criticism for the way it handled distribution. Since then, it came up with a formula based on the number of patients reported by hospitals to determine the amount of the drug that each state will get. The amount of remdesivir distributed in the past week is enough to treat half of the COVID-19 patients in US hospitals, HHS’s Dr. John Redd told CNN. As studies have shown, not all patients can receive the drug and it’s up to hospitals to decide which patients can be put on the treatment.

Gilead offered a “general range” of new product delivery for July and August, Kadlec said. It then “significantly expands beginning in September, October, and through the fall as they kind of open the spigot of their production and processing.”

The company plans to have more than 500,000 treatment courses ready by October, and more than 1 million by December. The company has a website for health care providers that says Gilead “will work closely with governments and healthcare systems to provide access for healthcare providers to prescribe remdesivir for appropriate patients,” after the donation of the initial doses.

Gilead has already donated 940,000 vials of the drug, enough to treat 121,000 patients, according to HHS. Under the terms of the emergency authorization for the drug, remdesivir is controlled by the government. Kadlec said that no definitive decision has been made on how the drug will be delivered after the end of June or whether it’ll be sold through normal channels. Also, it’s unclear what price Gilead might charge for the drug going forward.