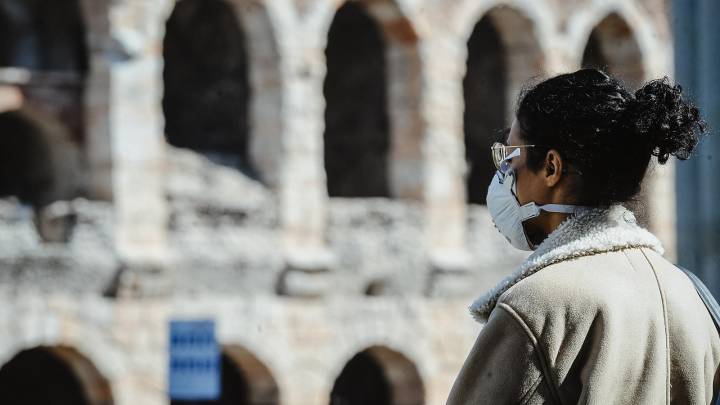 The first novel coronavirus cases were registered in Italy on January 31st, some 86 days ago. By the end of February, nearly 900 people were diagnosed (21 deaths), and then the number of infections skyrocketed. More than 105,000 had the disease as of March 31st (12,303 deaths), and now the count is at nearly 193,000 (25,969 deaths). For quite a while, Italy was the world’s second-largest COVID-19 epicenter after the Wuhan region where it all started — then Spain and the US surpassed Italy’s caseload. As it turns out, the local epidemic may have began much earlier than January 31st, according to a new study that looked at the spread of the disease in the country.

Italy’s first official COVID-19 cases on January 31st were two Chinese tourists who tested positive in Rome, the country’s capital. That’s when Italy halted air traffic to and from China, Reuters reports. It wouldn’t be until three weeks later, on February 21st, that the first local patient was confirmed positive for the novel coronavirus. That first diagnosis came in Codogno, a small town in the Lombardy region.

Cases then surged, prompting the government to cordon off the north of the country in an attempt to contain the spread. Those efforts failed, and the number of cases continued to spike. Scientists started suspecting that the disease had reached Italy weeks before that first local case was confirmed, at some point in January. But the disease went undetected.

“We realized that there were a lot of infected people in Lombardy well before February 20th, which means the epidemic had started much earlier,” said Stefano Merler at a news conference on Friday. Merler, from the Bruno Kessler Foundation, was joined by Italy’s top health authorities. He said his institute looked at the first known cases and drew conclusions from the pace of contagion. The disease may have arrived even before January in Italy, which would be a rather startling discovery.

“In January for sure, but maybe even before. We’ll never know,” he said, adding that it was probably groups of people who brought the novel coronavirus to the country, not a single individual. At least that’s what the initial surge in cases seems to suggest. Reuters notes that a different team of Italian scientists has said the coronavirus may have reached Italy from Germany in the second half of January, again suggesting that it didn’t come directly from China.

A third study that looked at a sample of cases in April said that 44.1% of infections occurred in nursing homes, 24.7% spread within families, 10.8% of people got it at the hospital, while 4.2% were infected in the workplace.

A month ago, Reuters reported that Italian scientists were looking at the unusual number of cases of severe pneumonia and flu in Lombardy in the last quarter of 2019. They believed that may have been a signal of an earlier COVID-19 spread than previously thought, although others disputed that hypothesis. It’s unclear whether they were able to prove that COVID-19 arrived in Italy before January.

Italy isn’t the only country trying to understand how the COVID-19 health crisis started. Reports a few days ago show that the first COVID-19 death in the US may have occurred much earlier than believed, in late February. That’s an indication the disease was already spreading undetected.