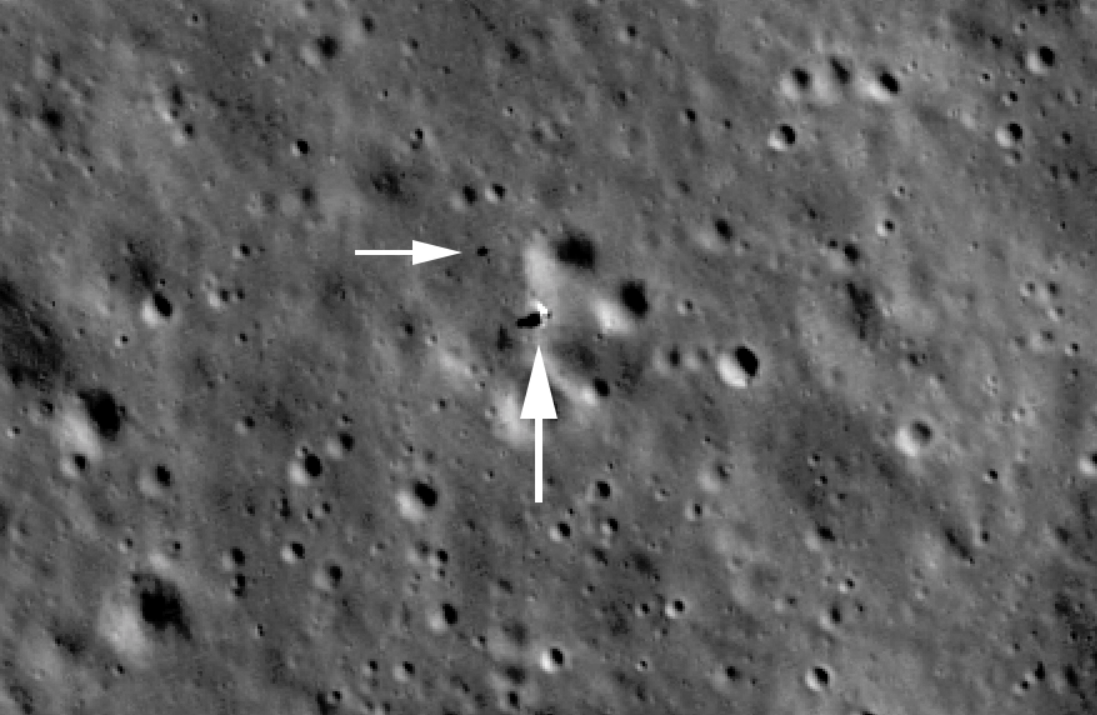 China started the year off strong by landing a lunar probe on the Moon’s surface and deploying a tiny rover to do a bit of exploring. The country’s space agency is the first to land such machines on the far side of the Moon that we Earthlings never get to see with our own eyes.

NASA recently published images captured from the Lunar Reconnaissance Orbiter showing the lander as a tiny pale dot against a sea of gray. It was a cool shot, but now we have an even better one, and it shows both the lander and rover doing their thing on the dusty surface of the Moon.

This new image was captured back on February 1st as the LRO was passing over the landing site of the Chang’e 4 spacecraft. The photo was snapped when the spacecraft was around 51 miles from the Moon’s surface, but its powerful lens still manages to make out both the larger lander and the small rover as separate objects.

Just after midnight (UTC) on February 1, 2019, the Lunar Reconnaissance Orbiter (LRO) passed nearly overhead the Chang’e 4 landing site. From an altitude of 82 kilometers the LROC Narrow Angle Camera pixel scale was 0.85 meters (33 inches), allowing a sharper view of the lander and Yutu-2 rover.

The Chang’e 4 mission has already been declared a huge success by the Chinese space agency. Landing on the far side of the Moon is no easy task, and in the time since it touched down the spacecraft not only deployed its charming little rover but also grew plants on the Moon (in a self-contained module) for the first time ever.

China’s Chang’e program will eventually launch the Chang’e 5, which is something of a grand finale for this particular series of missions. Chang’e 5 will not only land on the Moon but also snag samples of the lunar surface and then return them to Earth where eager scientists will be waiting to study them.