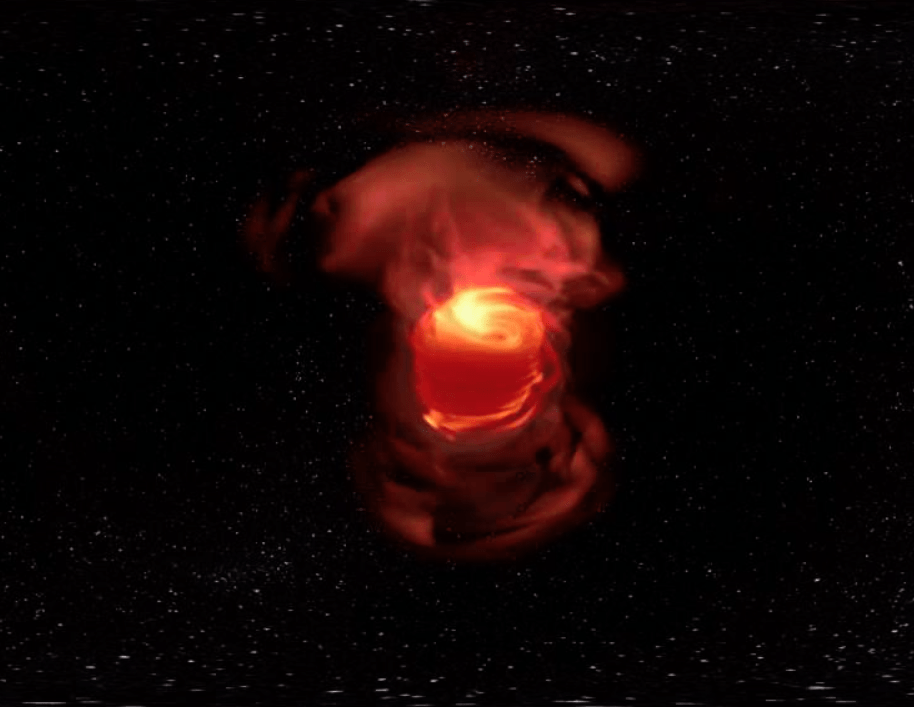 Black holes are scary. They’re like bottomless pits that nothing can escape from, even light, and you probably wouldn’t want to get too close to one. Our home galaxy, the Milky Way, is thought to feature a supermassive black hole at its center. at a point known as Sagittarius A*, and thanks to the wonders of virtual reality you can now visit it from the comfort of your couch.

Researchers from Radboud University in The Netherlands teamed up with scientists at Germany’s Goethe University to produce an incredible VR simulation using data models, turning past observations and readings of the black hole into a visualization that puts you right next to it. The work was published in Computational Astrophsyics and Cosmology.

“Synthetic images at four astronomically-relevant observing frequencies are generated from the perspective of an observer with a full 360∘ view inside the accretion flow, who is advected with the flow as it evolves,” the researchers write. “As an example we calculated images based on recent best-fit models of observations of Sagittarius A*. These images are combined to generate a complete 360∘ Virtual Reality movie of the surrounding environment of the black hole and its event horizon.”

Their aim was the produce a simulation to allow people to see what a black hole would really look if they were within viewing distance of it. The researchers wanted to clear up some preconceived notions about black holes and produce an experience that was as accurate as possible based on the most up-to-date scientific models.

“The visualisations that we produced have a great potential for outreach,” Jordy Davelaar, corresponding author of the work, said in a statement. “We used them to introduce children to the phenomenon of black holes, and they really learned something from it. This suggests that immersive virtual reality visualizations are a great tool to show our work to a broader audience, even when it involves very complicated systems like black holes.”