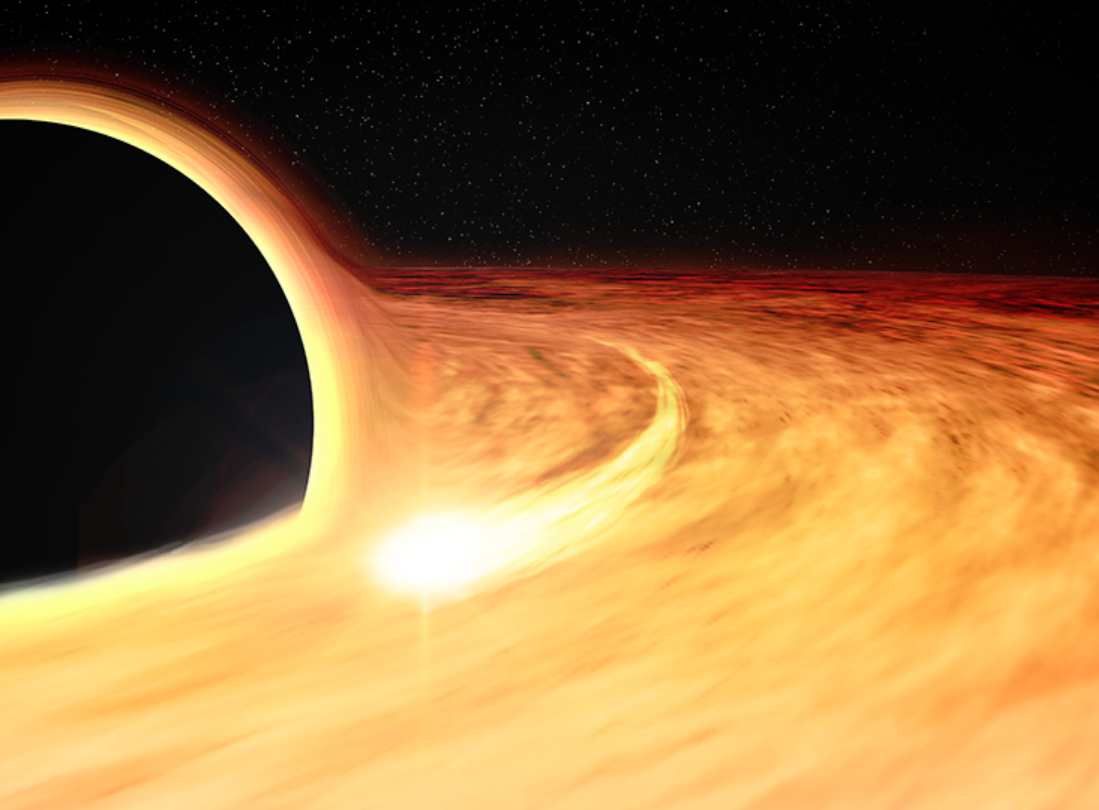 Black holes are some of the most interesting features of our universe, but they’re also not very well understood. Studying distant black holes in any great detail is very difficult due to the fact that nothing, including light, can escape their grasp once its gets too close. Now, a black hole sitting some 290 million light years from Earth has offered scientists the rare opportunity to measure its speed, and the numbers are mind-boggling.

Researchers using the All-Sky Automated Survey for Supernovae telescope network detected “a burst of light” from a specific spot in the sky back in 2014. Upon closer inspection and observations using additional instruments, scientists determined that the blast of X-ray energy was coming from a star, but not just any star. This star was in the midst of being torn apart by a black hole.

The star itself had no hope of escaping the black hole’s grasp once it drifted into its event horizon — the area around a black hole from which nothing can escape — but the X-ray emissions from the star’s fractured body were still visible as the debris circled the super-dense body.

It was determined that the signal coming from the black hole was repeating every 131 seconds, giving researchers the incredibly special chance to measure the speed at which the black hole is spinning.

“The fact that we can track this region of bright X-ray emission as it circles the black hole lets us track just how quickly material in the disk is spinning,” MIT’s Dheeraj Pasham, lead author of a study published in Science discussing the observations, said in a statement. “That gives us information about the spin rate of the supermassive black hole itself.”

But how fast is it? The researchers estimate that the black hole is spinning at roughly half the speed of light, or maybe even faster. Light travels at nearly 300 million meters per second, or around 671 million miles per hour. Even at half that speed, the black hole is rotating at a truly unimaginable rate compared to anything humans are used to seeing.