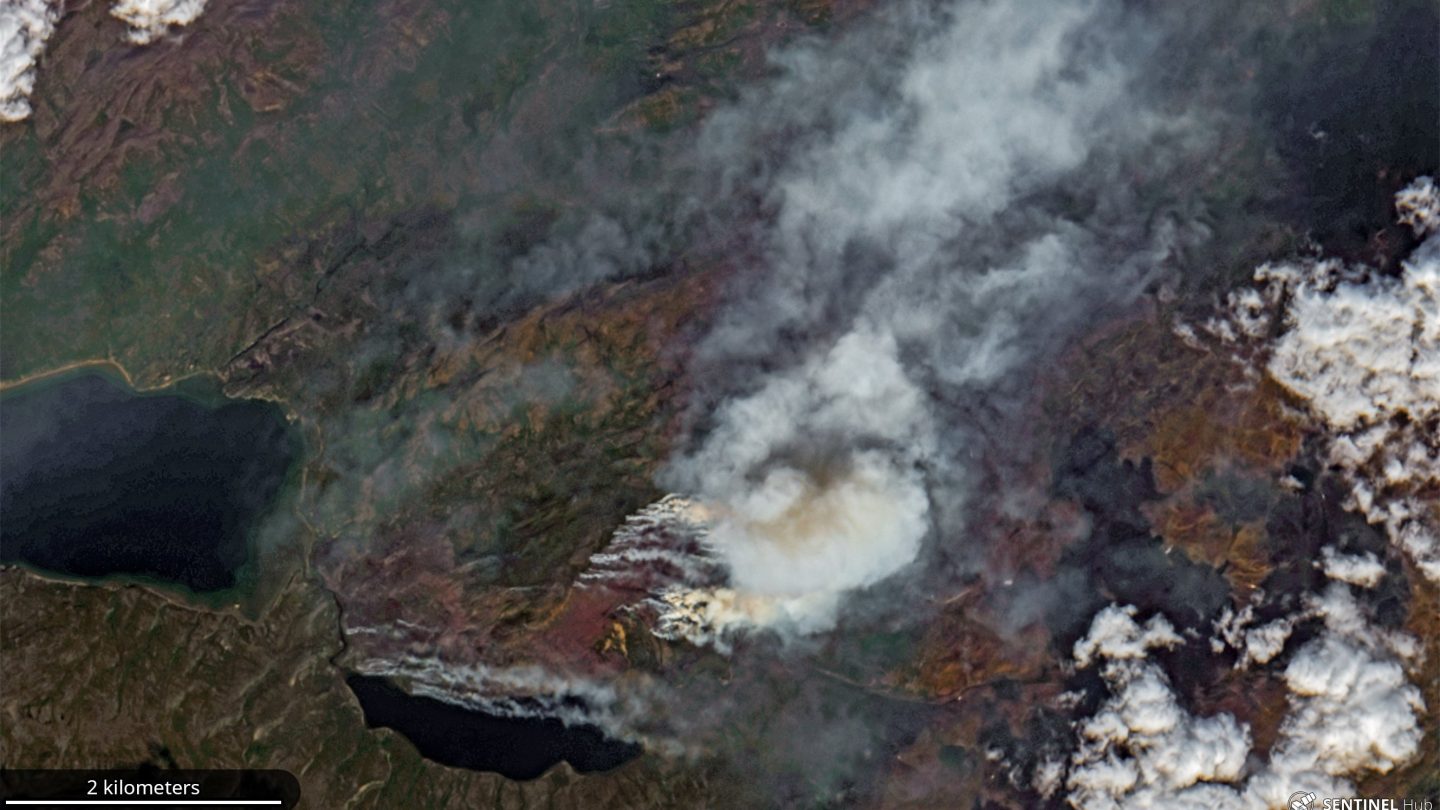 The Arctic is a chilly place, or at least it’s supposed to be, but a recent combination of record-breaking heat and intense wildfires have turned areas of Greenland, Siberia, and Alaska into smoke-covered infernos. Scientists have been keeping a close eye on how things are developing, and as Earther reports, we’ve got some really stunning satellite images of the blazes from above.

The size and number of wildfires is a bit frightening on its own, but their potential environmental impact is even scarier. The flames are belching huge volumes of pollutants, and high winds can carry debris aloft for considerable distances, affecting air quality on a global scale.

The Copernicus Atmospheric Monitoring Service (CAMS) has determined that the Arctic wildfires have already produced north of 50 megatons of carbon dioxide. That number, CAMS says, is the equivalent of a full year’s worth of emissions from the entire country of Sweden. Yeah, it’s a lot.

CAMS says it’s detected nearly 400 wildfires so far this year in Alaska alone, and the trend shows little sign of slowing. Wildfires happen with regularity all over the world, including the Arctic, but this summer has seen far more than its fair share.

“It is unusual to see fires of this scale and duration at such high latitudes in June,” Mark Parrington, CAMS Senior Scientist, said in a statement. “But temperatures in the Arctic have been increasing at a much faster rate than the global average, and warmer conditions encourage fires to grow and persist once they have been ignited.”

Scientists have long warned that we’re approaching (or perhaps even right on the very edge) of the “tipping point” at which we’ll be powerless to reverse climate change. Images like this aren’t particularly heartwarming, especially in that context.