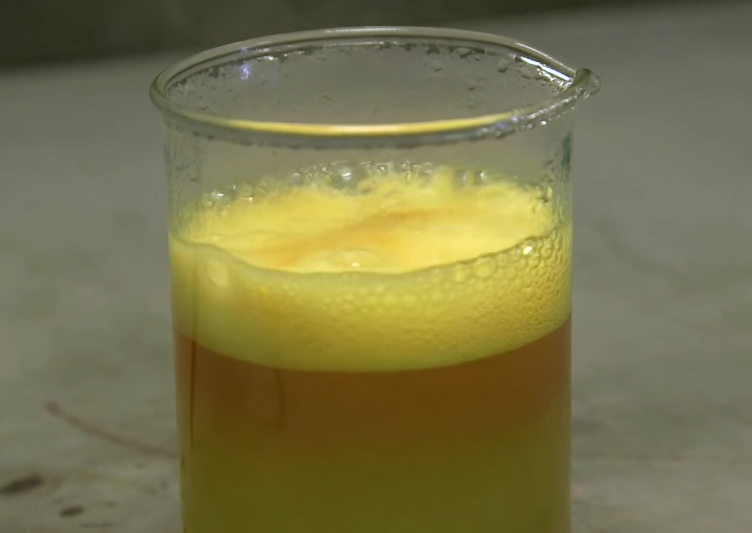 It seems lately that the Internet can’t get enough of videos that show wild science experiments you can perform on soda. Another such example popped up over the weekend when Periodic Videos posted a video showing the absolutely insane reaction that 7-Up has after you mix it with lithium. As you can see in the picture at the top of the page, the soda drastically changed color and eventually turned so dark that you could mistake it for root beer.

MUST READ: Former Apple execs unveil a $139 Android phone as sleek as an iPhone

No, seriously: Take a look at what happens to it after the lithium has been dissolved in the 7-Up for a few minutes:

Why does this happen?

Running a pH test on both regular 7-Up and the lithium-infused 7-Up revealed that the lithium-enhanced solution was vastly more acidic than the original 7-Up sample. It seems that this strong acidity is responsible for the color change, as the researcher in the video then tried adding sodium hydroxide into 7-Up and found that it also changed the drink’s color, although not to the same extreme extent that the lithium did.

To get the full explanation for this drastic chemical change, check out the full video below.