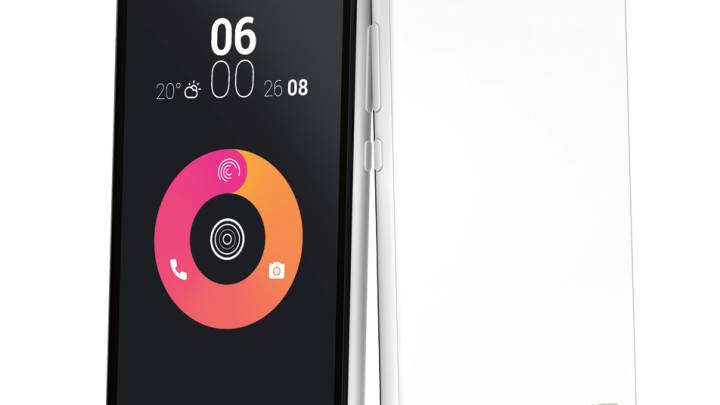 It might not be constructed from premium aluminum like Apple’s new iPhone 6s, but few people would deny that the brand new Obi MV1 is a sleek smartphone. In fact, there’s a case to be made that the MV1 features a design that is far more original than Apple’s latest iPhones, which take a very familiar form factor and simply round out the edges.

But the most impressive thing about the new MV1 isn’t its design and it’s not the solid specs or the nifty custom Cyanogen operating system. Instead, it’s the shockingly low price tag that starts at just $139 for an unlocked MV1 with 16GB of storage.

MUST SEE: Galaxy S7 and S7 edge hands-on: 2016’s Androids to beat just might be unbeatable

Obi Worldphone on Monday unveiled its latest creation, a surprisingly capable and shockingly affordable smartphone aimed at emerging markets that might make smartphone shoppers in the U.S. and elsewhere a bit jealous. In markets dominated by pricey handsets that all look quite similar, the MV1 would actually be a breath of fresh air.

Obi, for those unfamiliar with the brand, was co-founded by former Apple CEO John Sculley. Also present and accounted for is Robert Brunner, a name many will recognize — Brunner was Apple’s director of industrial design from 1989 until 1996.

“This is an industry with 200 different brands vying for consumers’ attention. There will be 1.4 billion Android phones produced in 2016 alone, so there needs to be a way to stand apart from the pack,” John Sculley said. “The components for all these different phones are mass produced, in the same countries, and often in the same exact factories. What we’ve done with the Obi Worldphone from the very beginning is show that it’s possible to have a beautifully designed phone that fits into your lifestyle at an accessible price without sacrificing form and technology. You don’t have to give up style in exchange for substance. With the MV1, you can have both.”

His colleague Brunner added that Obi took particular care in designing the MV1 to be a welcome departure from the typical cookie cutter smartphones available to consumers in emerging markets.

Here are the MV1’s specs, as outlined by Obi:

The Obi Worldphone MV1 will cost $139 for the 16GB model with 1GB of RAM and $149 for a version with the same amount of storage but 2GB of RAM. The phone is set to begin shipping immediately in Asia and Africa, and it will be released next month in Latin America and Europe.