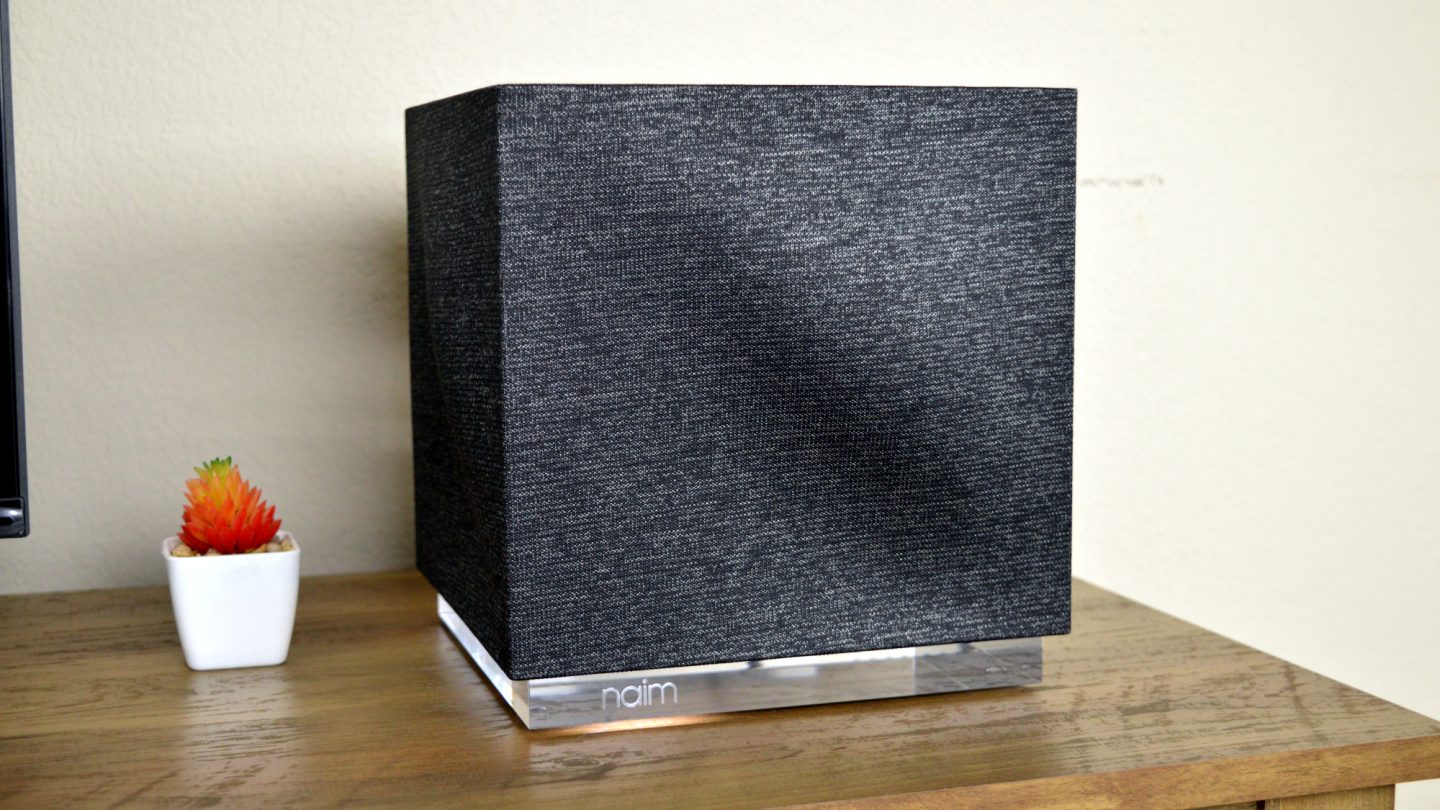 Wireless speakers are all the rage. These days, there are dozens of AirPlay-enabled speakers out there that allow you to listen to music, podcasts, and more, straight from your iPhone. But they’re not all created equal. Some offer an inexpensive, portable experience. Others sit firmly in the midrange. Others still offer a more premium feel — like the Naim Mu-so Qb, which is now in its second generation.

Naim Audio may not be as much of a household name as the likes of Sonos, but that has more to do with price-point than quality. The second-generation Mu-so Qb starts at $990 — which isn’t cheap.

But is it worth it? Yeah. The Naim Mu-so Qb is a thing of luxury. 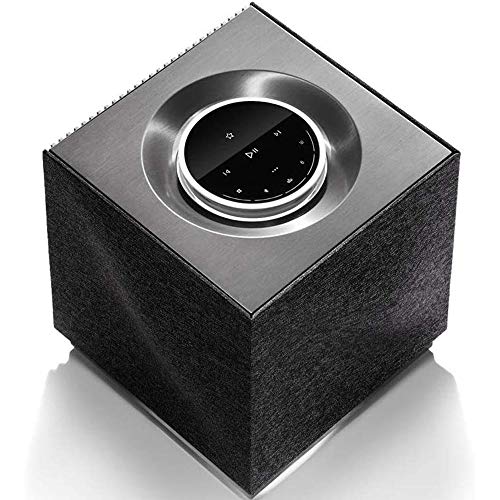 The Naim Mu-so Qb is a thing of luxury — and part of that is also being a thing of beauty. It looks unlike most wireless speakers these days. I’ve actually been pleasantly surprised by speaker designs lately. There was once a time when they were pretty much all black or gray cylindars. These days, however, we have globe-shaped speakers, puck-shaped speakers, and in the case of the Mu-so Qb, cube-shaped speakers. 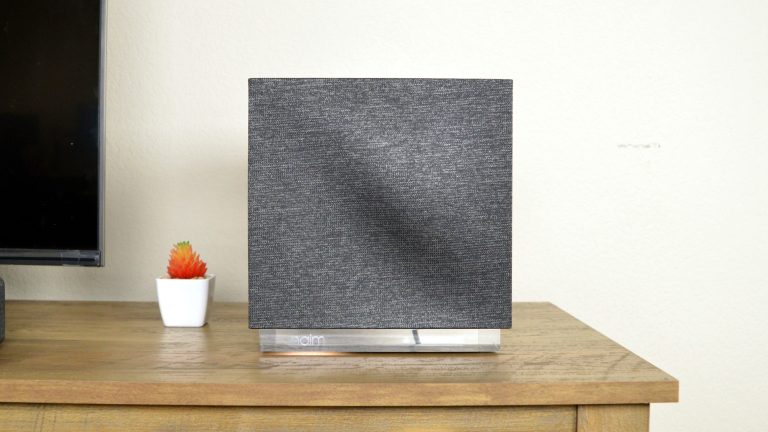 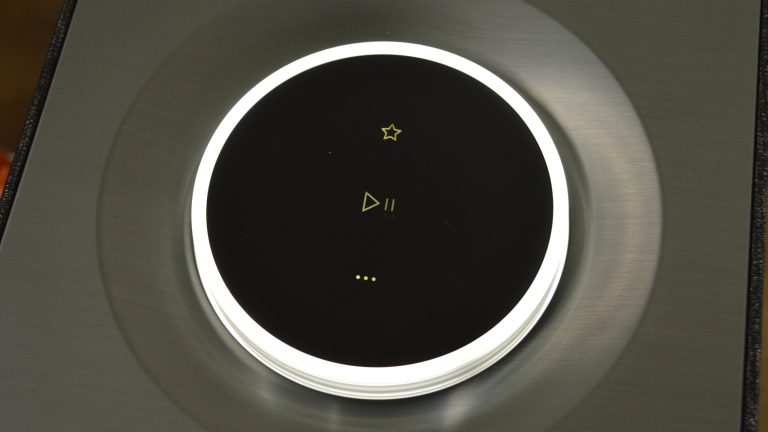 But the device isn’t a boring cube. What boring cube do you know of that has a glass base? It’s more of a…beautiful cube. It has a nice gray fabric covering around its front and sides, with a panel for connections on the back. On the top is where you’ll get all the controls, which we’ll get into in the next section. Speaking of connections, there are more than enough for most here. You’ll get a USB port for audio playback, an ethernet port, an aux port, and an optical port.

There are also a few lights around the speaker that help make it a little more premium. There’s a ring of lights in the volume right, and a light on the bottom of the speaker for the Naim logo. It’s a good look.

Setting the speaker up is mostly easy. You’ll download and open the Naim app, and follow the on-screen instructions to set the device up. Some of the setup process does seem a little strange — like the fact that the speaker installed a firmware update halfway through the process and required you to start again after it was installed. But barring things like that, it’s a pretty intuitive process.

The Naim Mu-so Qb speaker integrates into a range of different setups.

Let’s start with the controls on the speaker — they’re awesome. The control panel on the top of the device is basically a touch screen with white controls. It works excellently. Often, speakers like this aren’t super responsive, but the Naim Mu-so Qb’s controls light up when you approach, and immediately react when you do something. Around the touch surface is a ring that you can turn to control volume. Again, it’s extremely intuitive and works very well.

Even better than the actual controls is the fact that you can use so many services with the speaker. It supports both Google Cast and Apple’s AirPlay 2, but it also supports Bluetooth, Spotify Connect, Tidal, Qobuz, and Roon. That’s not even to mention the physical ports on the device.

The only missing feature compared to, say, a Sonos speaker is the inclusion of an actual on-device assistant. Sonos allows you to use either Google Assistant or Amazon Alexa on your Sonos speaker, and that can come in handy for those who don’t want to have to stream from their phone all the time.

The Naim app is a little hit-and-miss, though that won’t really matter for those who plan on using AirPlay or Google Cast anyway. It’s a little buggy, but it isn’t badly designed. You can use the app to control your locally stored music, but you can also use it to control internet radio stations, connect Spotify, and more.

Perhaps more important than anything we’ve talked about so far is how the Naim Mu-so Qb sounds. Thankfully, it sounds awesome. It’s relatively neutral, with excellent instrument separation and tons of detail in the high-end. Basically, it sounds as good as it looks.

The bass, for starters, offers plenty of oomph. The doesn’t go over the top in bass response, making for plenty of punch without muddying the sound at all. The bass is definitely very rich, especially for a speaker in this price range. Tracks like AC/DC’s Back in Black get plenty more kick than they do naturally, which again, I quite like for casual listening.

The mid-range frequencies are very well-tuned, giving things like vocals and guitars plenty of oomph. Sometimes, speakers like this can offer a more scooped sound, but the Naim Mu-so Qb avoids that.

One of the best things about the speaker is how great it sounds in the high-end. As mentioned, there’s tons of detail. Instrument clarity is very well-handled, helping ensure that you can easily hear everything that’s going on in a track. It’s really quite a remarkable experience for a speaker in this price range.

I wasn’t surprised that the second-gen Naim Mu-so Qb offered excellent audio quality, but I’m glad it’s this good. If you can afford a speaker in this price range and want a great listening experience, this is the way to go.

I’ll say it again: The Naim Mu-so Qb is a thing of luxury. Do you need it? No — and if you’re strapped for cash, there are other speakers to buy instead. But if you can afford a $990 speaker and want something that looks and feels premium, this speaker is the way to go.

Most of the competition to the Naim Mu-So Qb 2nd generation comes in the form of either cheaper or more expensive speakers. The most obvious is the Sonos Five, which is relatively large, but quite as well-designed, and doesn’t sound quite as detailed. Alternatively, you could go for something from Bowers & Wilkins, which also offers AirPlay-compatible speakers. If, however, you have $990 or so to spend on a speaker, the Naim Mu-So Qb second-generation is the speaker for you.

Should I buy the Naim Mu-so Qb?

Yes. The second-gen Naim Mu-So Qb is a great speaker.