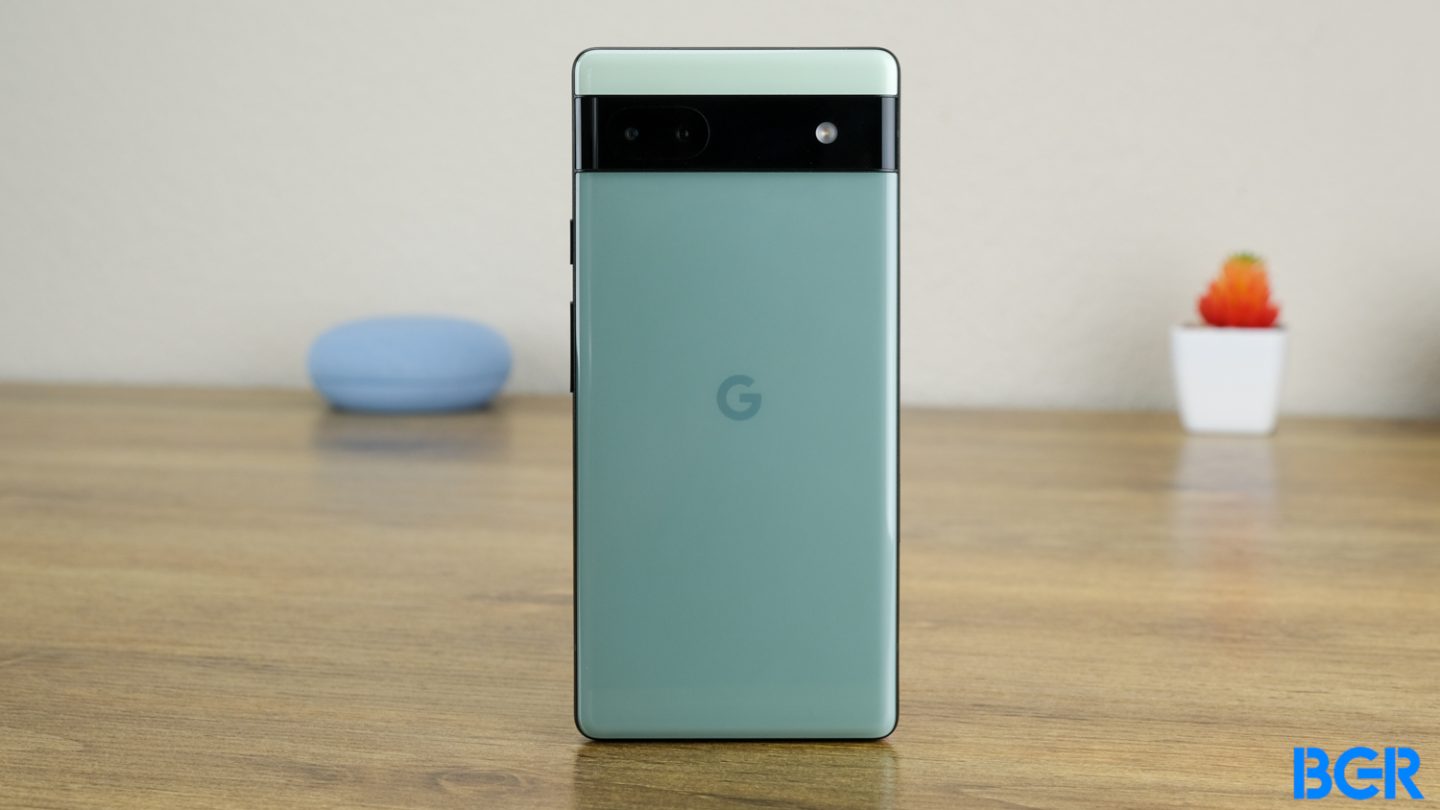 The Google Pixel “a” phones have long offered excellent value for money, thanks to their stripped-back software experiences and excellent cameras. The Google Pixel 3a, for example, was considered the best in its price range for over a year — and for good reason. But it’s been a few years since the Pixel 3a, and in that time, a ton of competitors, like Nothing, have sprung up with mid-range phones of their own. As a result, the newest mid-range Pixel, called the Google Pixel 6a, has an uphill battle ahead of it.

That doesn’t, however, mean that it’s doomed though. Google still releases class-leading cameras in its Pixel phones, and it still develops Android. That’s not to mention the fact that it now develops its own chips too, and the same great Tensor chip that features in the Pixel 6 is here in the 6a. In other words, the Pixel 6a has a lot going for it.

But is it really all that? I’ve been testing the Google Pixel 6a to find out.

The Google Pixel 6a sets a new bar for mid-range phones, thanks to its excellent performance, great camera, and smooth software experience. 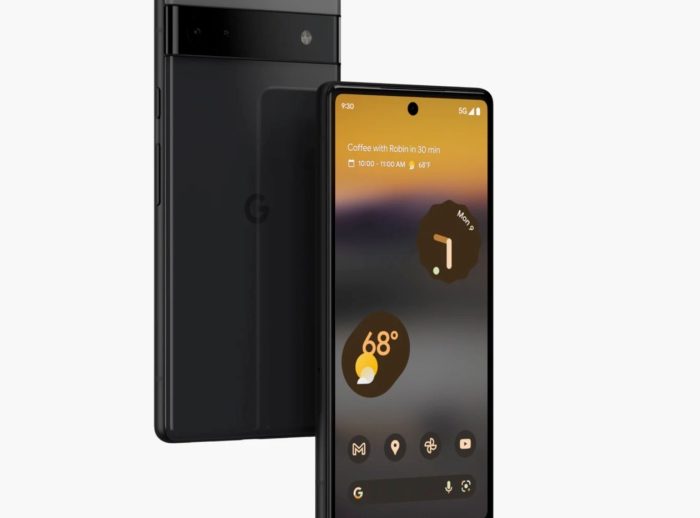 Google is making a serious effort to standardize its design language across its phones, and it works here. If you’ve seen a Pixel 6 before, then there’s no denying that the Pixel 6a is related. Sure, it’s not exactly the same, but things like the two-tone color scheme and camera bar across the back have been brought over to the cheaper phone, and now that I’m used to it, I quite like the look. The device is available in three color schemes — Charcoal, Chalk, and Sage. We’re reviewing the Sage model, and it looks good.

On the right edge, you’ll find a volume rocker and a power button, with a USB-C port on the bottom. There’s a fingerprint sensor in the display, and it seemed accurate and relatively quick the majority of the time.

Generally, I like the look and feel of the Pixel 6a in the hand. The color selection is good, however, some brighter options might have been nice.

There has been some controversy around the Google Pixel 6a’s display because of the fact that the display may be able to technically run at 90Hz, but on the Pixel 6a, runs at 60Hz without heaving modding. Controversy aside, however, the display looks pretty good, even at 60Hz.

It’s not the highest-tech display out there. It has a resolution of 1,080 x 2,400, but thankfully it’s an OLED display, so it’ll provide true black levels and higher contrast. As mentioned, you’ll experience the display as a 60Hz display — though it still feels relatively smooth thanks to the stripped-back software experience. Animations aren’t quite as fluid as you would get on a device with a higher refresh rate, but that’s not necessarily a huge deal for everyone. That said, if the refresh rate is important to you, consider a device like the Nothing Phone (1), which has a 120Hz display.

Perhaps more important than refresh rate on a device in this price range is brightness — and I found it to easily get bright enough in all situations.

One of the best things about the Pixel 6a is that it offers similar specifications as the higher-end Pixel 6, which we found to run quite well. You’ll get the Google Tensor chip, coupled with 6GB of RAM and 128GB of storage, and the result is that the device runs like its flagship sibling.

In day-to-day use, including mobile gaming, the device performed excellently. Multitasking was smooth, and games loaded nice and quickly. I never experienced any stutters or crashes, unlike the standard Pixel 6 — though that was more likely due to software bugs than performance issues.

Interestingly, the Pixel 6a performed better than the Pixel 6 and 6 Pro in benchmarks — perhaps due to the lower refresh rate being less taxing on the Tensor chip. Here are the benchmark results we achieved.

These results are quite good, and slightly better than the Pixel 6 and Pixel 6 Pro. They’re not better than any Snapdragon 8 Gen 1 phones, nor are they better than the iPhone 13 or even the iPhone 12. But it’s almost unfair to compare the device to those phones, considering this phone’s price range. The Pixel 6a performs head and shoulders above most the competition in this price range — which is pretty sweet. The only device it can’t beat? The iPhone SE, which is still the best-performing mid-range phone out there.

Google Pixel 6a battery and charging

The Google Pixel 6a comes equipped with a 4,410mAh battery, and Google rates it as offering an “over 24-hour battery life.” That’s a pretty vague claim though, even if Google notes that this battery life was achieved using a “median Pixel user battery profile.”

Thankfully, regardless of Google’s claims, the Pixel 6a does indeed offer an excellent battery life. The device was easily able to get me through a day of moderate use, and part way into the next day. Even heavy users should expect to be able to get through a full day, unless you’re gaming all day or watching movies all day, for example.

The Pixel 6a comes with Google’s so-called “Extreme Battery Saver,” which limits background activities and pauses certain apps. It’s a handy tool to have in case you start to run out of juice during the day.

The Pixel 6a supports charging at up to 18W, which is fine, but not incredible. You won’t be able to charge your phone in a matter of a few minutes. If your device is fully depleted, you’ll need to wait a few hours for it to charge fully.

The camera has long been one of the most important parts of Pixel phones, and the Pixel 6a is no exception to that rule. The device comes equipped with a 12.2-megapixel main camera with an f/1.7 aperture, and a 12-megapixel 114-degree ultrawide camera with an f/1.2 aperture. It’s a fine selection of cameras, for a device in this price range — but if it was more expensive we would expect a telephoto camera too.

Generally, I found the Pixel 6a to capture excellent photos with vibrant colors and good contrast. It’s easily able to compete with the competition in this price range, and much more expensive competition too. I did find the iPhone SE to produce slightly more vibrant images, but with only one camera, the iPhone is less versatile than the Pixel 6a. In classic Pixel form, the Pixel 6a’s images offer a very contrast-y look, which many like.

Around the front, the phone excels too. The front-facing camera sits in at 8 megapixels, and portrait mode images look great thanks to the Tensor chip’s excellent processing.

The Pixel 6a is pretty good at capturing video too. It can capture 4K video at 60 frames per second, and supports Live HDR+ in 4K, making for brighter colors and more contrast.

The software experience is one of the main reasons people buy Pixel phones. To be clear, Pixel phones no longer offer stock Android — the type of Android that phone makers build off of. Instead, they offer a Google-heavy experience with a stripped-back look and feel, and a ton of awesome customization features that many users will like.

I love Pixel phones’ software. It’s fun, colorful, and easy to use. Features like Material You make it easy to customize the software to your preferences, and the Pixel offers genuinely helpful things like translation features, Google Assistant, and more.

Basically, if you’re plugged into Google’s ecosystem, you’ll love the software experience on the Google Pixel 6a.

The Google Pixel 6a is a killer phone for the price. Google’s investment in chips that it has designed pays off far more here than on the standard Pixel 6, thanks to the fact that the company is able to use a high-performing chip in a mid-priced phone. That’s not to mention the great camera, solid battery life, and more.

If you’re looking for a phone under $500 and prefer Android to iOS, the Google Pixel 6a is absolutely the phone to buy.

There is some competition in this price range though. Perhaps the biggest competition comes from the new Nothing Phone (1), which does have a better display than the Pixel. That said, the Pixel offers better performance, a better camera, and depending on your preferences, a potentially better software experience. In my opinion, the Google Pixel 6a is a better buy.

Should I buy the Google Pixel 6a?