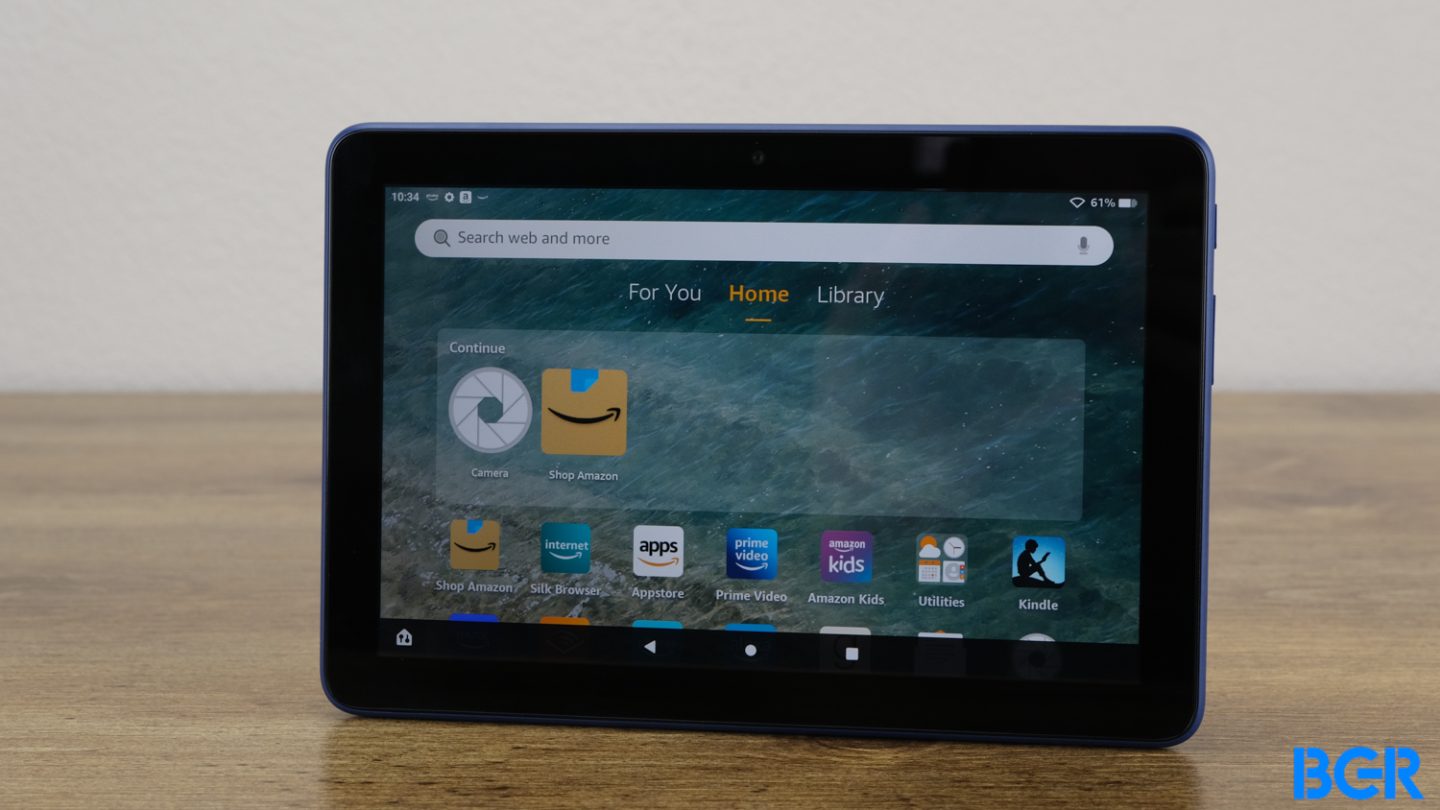 The Amazon Fire tablet series has long offered a big-screen experience to those who want something for basic media consumption, but who don’t want to shell out for a device like the iPad or a more expensive Android tablet. Sure, these devices put Amazon’s apps and services front and center, but at this price, they’re hard to beat. The latest in this lineup of products is the 2022 iteration of the Amazon Fire HD 8.

The 2022 Fire HD 8 builds on the last-generation model with a faster processor and a modest battery improvement. The changes are minor, but they make for a tablet that arguably still can’t be beat in this price range. How much better is the 2022 Amazon Fire HD 8? I’ve been using the new tablet to find out. 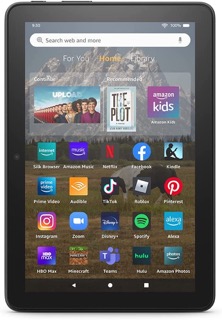 As mentioned, the 2022 model of the Fire HD 8 represents a relatively minor upgrade over the last model, and that’s embodied in the design. The device looks pretty much exactly the same as the 2020 model, save for the slightly different color selection. The 2022 model is available in Black, Plum, Twilight Blue, and White, and we’re reviewing the Twilight Blue model.

The device isn’t necessarily the most modern-looking tablet out there. It has relatively large bezels around the display, with a slightly thick build. It’s not necessarily ugly, it’s just not super sleek or stylish. That said, it would be hard to expect something super sleek at this price.

Generally, the look and feel of the 2022 Amazon Fire HD 8 can be described as “fine.” It’s not all that modern, but for a tablet in this price range, it does the job.

The display on the 2022 Amazon Fire HD 8 is, as the name suggests, 8 inches, with a resolution of 1280 x 800. It’s not the brightest display out there, and you will be able to see individual pixels if you look closely enough. But again, it does the job just fine.

I would like to see Amazon start improving the display tech on these cheaper tablets in the near future. The display on the Fire HD 8 has none of the newer technology that you would get on higher-end tablets. Even just a resolution increase would be helpful, especially considering the fact that many people use these tablets for things like watching TV shows and movies.

One of the main changes that Amazon has made to the Fire HD 8 comes in the form of a processor bump. The device now has a six-core processor that Amazon says will deliver a 30% improvement in performance.

This new processor is coupled with either 2GB or 3GB of RAM, and either 32GB or 64GB of storage. There is a microSD card slot to expand that storage.

In day-to-day use, the tablet did indeed seem to perform perfectly fine. That 30% improvement doesn’t necessarily mean that it’s a mobile gaming machine or that it’s great at multitasking, but it does mean that the tablet can keep up with your web-browsing and video-watching — things that most people buy a Fire tablet for anyway. And, you should still expect the odd stutter or freeze, especially when you switch between apps or open new apps.

According to Amazon, the Fire HD 8 is able to deliver an extra hour of “reading, browsing the web, watching videos, and listening to music at home and on-the-go.” That brings the total to three hours.

Indeed, I found the battery life on the Fire HD 8 to be quite good. You’ll get hours of video playback, even at full brightness, and for most people, the tablet should last at least a few days of normal use. At the time of writing this, I checked the battery of the tablet, and saw that it had 72% left — which it rated as meaning that it has “more than 2 days left.”

You can charge the Fire HD 8 through the USB-C port, and Amazon says that you can fully charge in 2.5 hours with a 9W charging adapter. This isn’t great, but it means you’ll easily be able to fully charge the device while you’re at work or overnight. There’s no wireless charging or other charging tech on offer here.

You probably wouldn’t buy a Fire tablet for its camera tech, and the Amazon Fire HD 8 isn’t going to change that. But you’ll still want decent cameras in the event that you take a video call on the device.

On the front of the Fire HD 8, you’ll get a 2-megapixel camera, while on the back, there’s a 5-megapixel camera. This is another area where I think Amazon could seriously improve over the next few years. The cameras are fine for basic video calls, but really only in well-lit environments, and those that you’re video calling with won’t get a very detailed view of you.

I actually think that given the use case of a Fire HD tablet, Amazon should prioritize the front-facing camera more than the rear-facing one. Sure, you might rotate the camera every now and then, but even if you have a low-end phone, it probably has a better camera than this — and it’s what you should lean on for actually taking photos.

Fire tablets have never been known for their software, and it doesn’t seem like that’s going to change any time soon. The Fire HD 8 is built to put Amazon apps and services front and center, and it does so. The software on the Fire HD 8 is built on Android 11, however, it mostly looks and feels like previous versions of Fire OS — and this version has been available for a while now.

The interface of the software is split up into a few different tabs — “For You,” “Home,” and “Library.” The tabs are pretty much what you would expect. For You offers recommendations for content and allows you to jump back into what you’ve been doing recently. Home is basically a list of apps and widgets for your content. And Library shows a list of content that you can access.

Amazon is also making it easier to control your smart home devices. The menu bar has a little smart home control button, and tapping it will take you to your “Device Dashboard.” This is great for those who have a smart home setup. And, the device supports hands-free Alexa, so you can trigger Alexa without having to pick the device up.

Amazon sent me a “lockscreen ad-supported” version of the Fire HD 8, which means that you’ll be presented with ads on the lockscreen. It doesn’t change the functionality much, but it is pretty annoying.

The 2022 Amazon Fire HD 8 builds on the last generation in some ways, but for the most part, it’s more of the same. The tablet is just powerful enough to handle what most people buy it for — media consumption, web browsing, and using basic apps. But it’s not powerful enough to do much more. The cameras aren’t great, the software can be a little annoying, and so on. In this price range, however, it’s still a great tablet to go for, especially if you want something a little bigger than the Amazon Fire 7.

Most of the competition in this price range comes from Amazon’s own other tablets, like the Fire 7. The Fire 7 is a great device, but I prefer the slightly larger screen on the Fire HD 8, especially for those who plan on using their tablet for things like watching TV shows and movies.

If you can afford to buy a slightly used iPad, then it’s probably worth going that route over a Fire tablet. iPads are supported by software for longer and offer a better overall software experience. But if you want a new device, you can’t do better than the Fire HD 8 in this price range.

Yes. The Amazon Fire HD 8 is the best tablet in its price range.