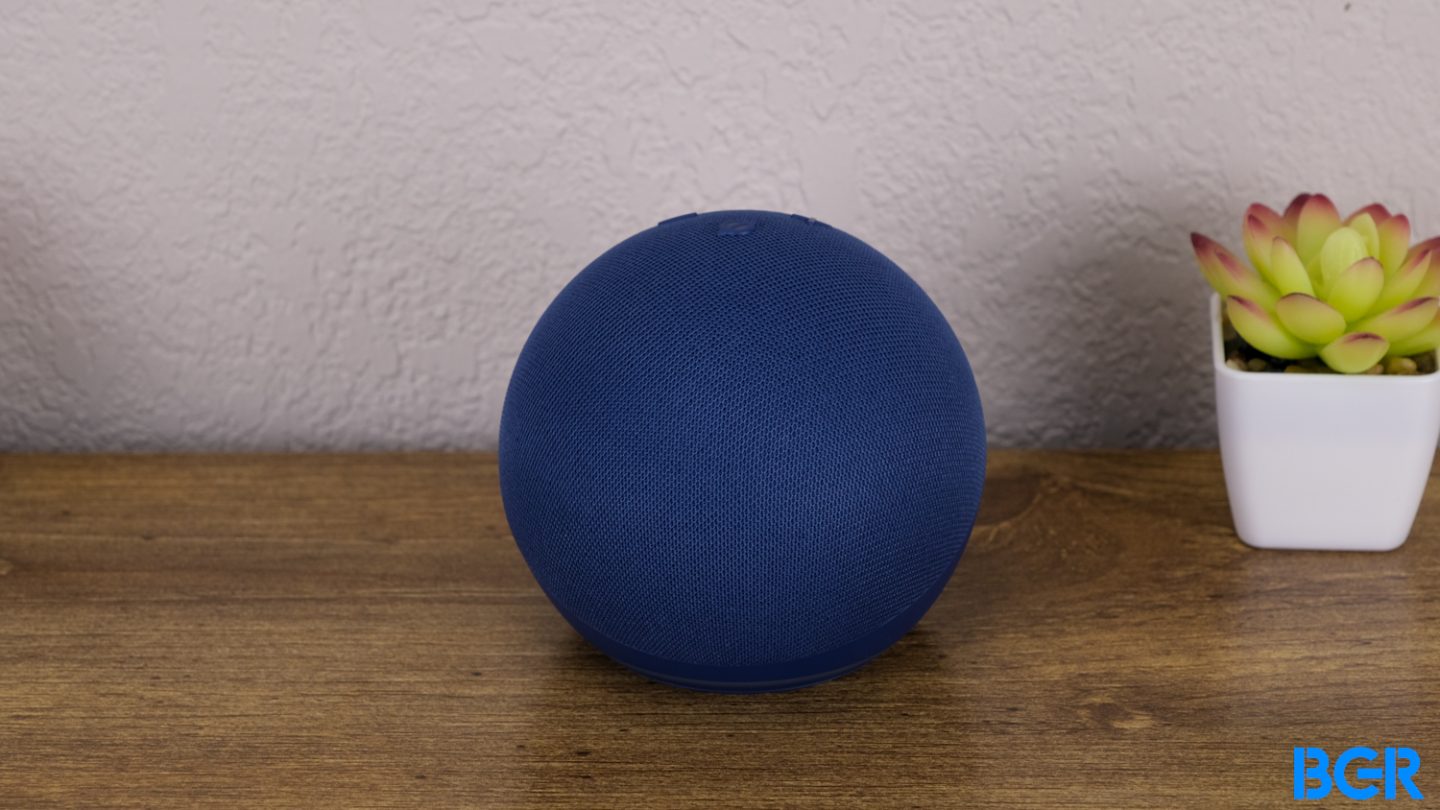 The Amazon Echo is the original smart speaker, but while it’s an excellent option, its higher price puts it out of contention for many. Instead, those who really want to outfit their home with Alexa speakers at least partially, often, turn to the Amazon Echo Dot. Amazon has once again refresh the Echo Dot for 2022, and the Amazon Echo Dot (5th Gen) proves to build on last year’s model with even better audio quality and some pretty cool smart home features.

The Echo Dot represents a point in time where Amazon’s ownership of various hardware companies is really paying off. How so? Well, the Echo Dot can actually serve as an Eero WiFi beacon, helping extend your WiFi network through your home.

I’ve been using the Amazon Echo Dot (5th Gen) to find out just how much batter it is than the last model. 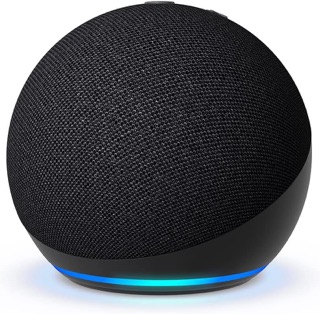 Amazon completely changed the design of the Echo Dot for the fourth-generation model, so it makes sense that it wouldn’t really reinvent the wheel for the 5th generation. It’s not necessarily a bad thing that it didn’t change the design this time around though — the fabric-covered globe shape of the Echo Dot (5th Gen) is approachable and friendly, and should look good in any living room or nightstand.

The Echo Dot (5th Gen) does come in a new color though — Deep Sea Blue. That’s changed from the Twilight Blue on offer by the last-generation model. It comes in a model with a clock or with styling for kids. Both of these options cost $10 extra. Our review model is the Deep Sea Blue model without the clock.

On the top of the Echo Dot (5th Gen) can be found the controls. You’ll get volume controls, along with a button to mute the microphone, and the Action button, which can be used to activate Alexa.

So what does the Echo Dot offer in terms of features? As usual, it can be used as a speaker, and we’ll get into the audio quality later. Alexa is here as usual, allowing you to control smart home devices, and access information from the web. These, of course, are to be expected.

The Echo Dot offers some other, more advanced features too though — and some of them are pretty handy. For example, the device can be paired with other Amazon-owned products to make for an even better experience. You can pair one or a few Echo Dots with a Fire TV device, using them instead of your TV’s built in speakers. Sure, they probably won’t be as good as a sound bar, but they’ll outdo some cheaper TVs.

Even cooler is the fact that this year, Amazon is allowing Echo Dot devices to be used with Eero WiFi routers — allowing them to serve as WiFi beacons and expand your network for better connectivity in your home. This is a pretty cool feature, and depending on where you place it, should help make for better coverage. I didn’t have an Eero network set up at my home, so I was unable to test this feature.

Generally, the Echo Dot offers a range of excellent features that make for a product that fits well within Amazon’s ecosystem. Those not fully integrated into Amazon’s ecosystem probably won’t get quite as much out of them though.

The new Amazon Echo Dot offers improved speakers, and according to Amazon that should make for clearer vocals and deeper bass. At this point, it is getting quite impressive what such small speakers can produce, and while the Echo Dot certainly can’t match the audio quality on offer by larger speakers, it still does great for a speaker in this price range.

The bass response is quite good, though again, not incredible. Amazon seems to be emphasizing some of the lower mids and lows to help make the speaker sound like it has deeper lows than it actually does. That’s not a bad thing necessarily, but generally, the Echo Dot can’t produce the really low frequencies that you would get on some other options.

The mids, as mentioned, are a little low-heavy, however I didn’t find that it vastly overshadowed the high mids. Vocals still cut through a mix decently well, and guitars had some bite to them.

The highs weren’t bad, but like the lows, they didn’t extend quite as far as you might get on a more expensive speaker.

The takeway from all of this? The Echo Dot is great for talking to Alexa, and listening to podcasts and audiobooks. It does the job for casual music-listening, but if you really want something for music, it’s definitely worth considering the higher-end Echo.

The Amazon Echo Dot may not sound quite as good as the larger Amazon Echo, but for a speaker in this price range it still sounds pretty good. That’s not to mention the fact that it offers a range of awesome features that make it a no-brainer for those within Amazon’s ecosystem or products. If you have an Eero and use Alexa a lot, this is the cheap smart speaker to beat.

If you’re in Amazon’s ecosystem, the main competition comes from the larger Amazon Echo, which is double the price. If you want a better-sounding speaker, it’s the way to go — but if you’re looking for something cheap that you can place around the home, the Echo Dot is the speaker to beat.

Should I buy the Amazon Echo Dot (5th Gen)?

Yes. It’s a solid speaker with a range of great features.