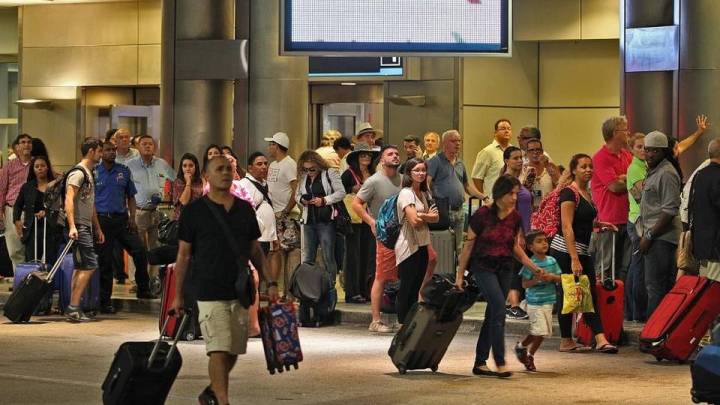 Nobody particularly enjoys the process of traveling, but a nicely designed airport can often elevate an otherwise frustrating experience into an enjoyable trip. Whether it be absurdly long lines or a ridiculously meager selection of food, one doesn’t have to dive deep in order to come up with a list of airport grievances.

That said, if you happen to be planning a trip sometime soon and have some flexibility in what airport you’ll be flying out of or into, a recent post from The Points Guy detailing the best and worst U.S. airports is certainly worth checking out.

DON’T MISS: This awful rumor about the next ‘Batman’ movie makes a disturbing amount of sense

In putting the list together, the website took a look at the 30 busiest airports in the U.S. and evaluated them based on cold hard data pertaining to the prevalence of flight delays, cancellations, average wait times in line, ease of access to and fro, and last but not least, available amenities. The amenities category naturally includes items such as free Wi-Fi, food options, parking availability and more.

When the dust settled, airports in and around the New York area has a pretty unremarkable showing as the top 3 spots were occupied by LaGuardia, JFK International and Newark Liberty International.

“Yes, all three of the major NYC-area airports landed at the bottom of the barrel in our rankings,” The Points Guy writes. “LaGuardia earned the dubious distinction of having the highest rate of flight delays and cancellations, the second-longest drive time (tied with Newark and Denver) and extortionate parking rates to top it all off ($29 per day or higher).

“At JFK, you can expect both the longest drive times (over an hour) and the longest waits to get through security (nearly 17 minutes), and while Newark Liberty isn’t the lowest-ranked in any one area, it suffers from lackluster ratings across the board…”

The full list of the 10 worst U.S. airports reads as follows:

Not surprisingly, the list above includes many of the busier and larger airports in the United States. On the flip side, looking at a list of the nicest airports in the U.S., we see a number of mid-size airports that are typically less prone to long lines and other travel frustrations.

The top 3 airports include Phoenix Sky Harbor International, Portland International and San Diego International. You can check out the full list of airports, from top to bottom, via the source link below.