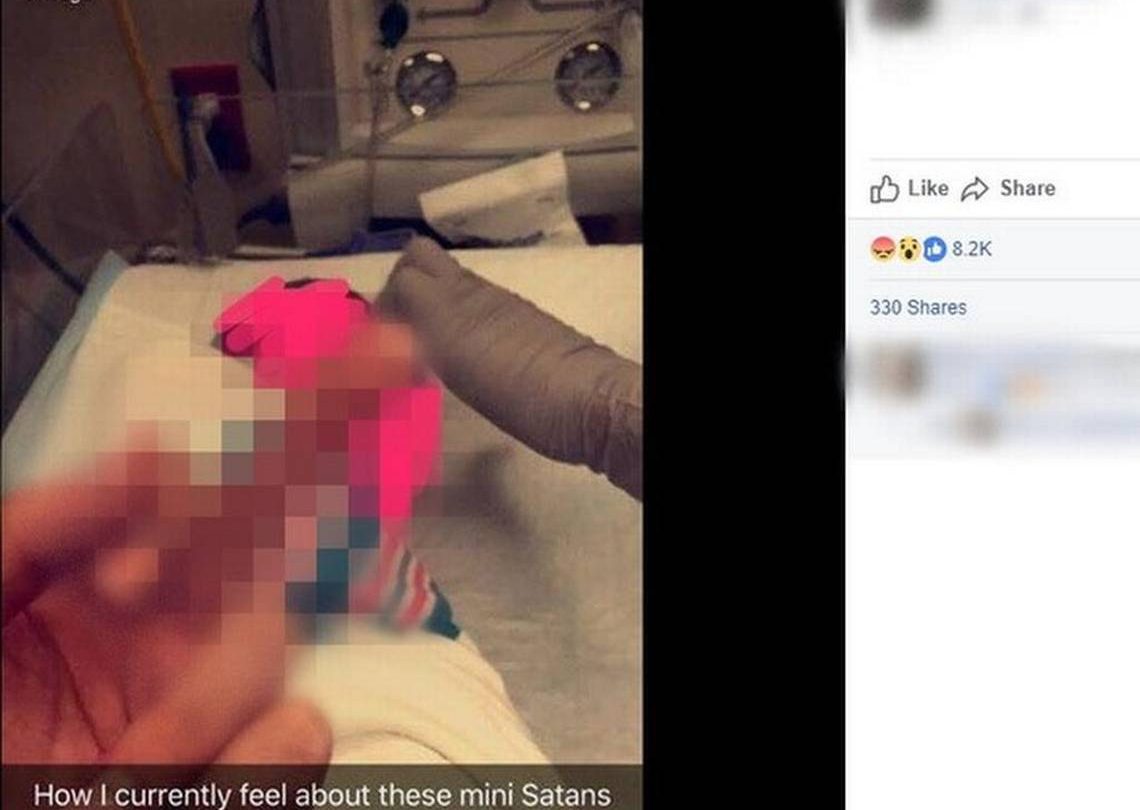 The disappearing photo messages of Snapchat have given people freedom to speak their minds in ways not possible in other messaging apps, but for several nurses in the Jacksonville Naval Hospital, being rude to babies and then posting their escapades on the app has landed them in hot water.

A pair of Snapchat posts by two nurses, which were screenshotted and posted on Facebook, quickly went viral. The images show one nurse giving a middle finger to a newborn with the caption “How I currently feel about these mini Satans,” while a second post shows one of the nurses making a new born “dance” to music.

The posts have been viewed over 200,000 times, and it didn’t take long for the Naval Hospital Jacksonville to catch wind of them. The military hospital’s commanding officer has since posted a notice on Facebook that the two individuals involved in the photos have been removed from patient care, while also noting that they “will be handled by the legal system and military justice.” It’s unclear at this point whether the nurses will face any actual charges, or what those charges might be.

We’ve all been within earshot of a bawling baby, and it’s certainly understandable that managing a room full of newborns could be a stressful experience. That being said, it’s obviously incredibly gross that those charged with the care of young children would be caught behaving in this way. The fact that they bragged about it on social channels is just icing on a pretty messed up cake.