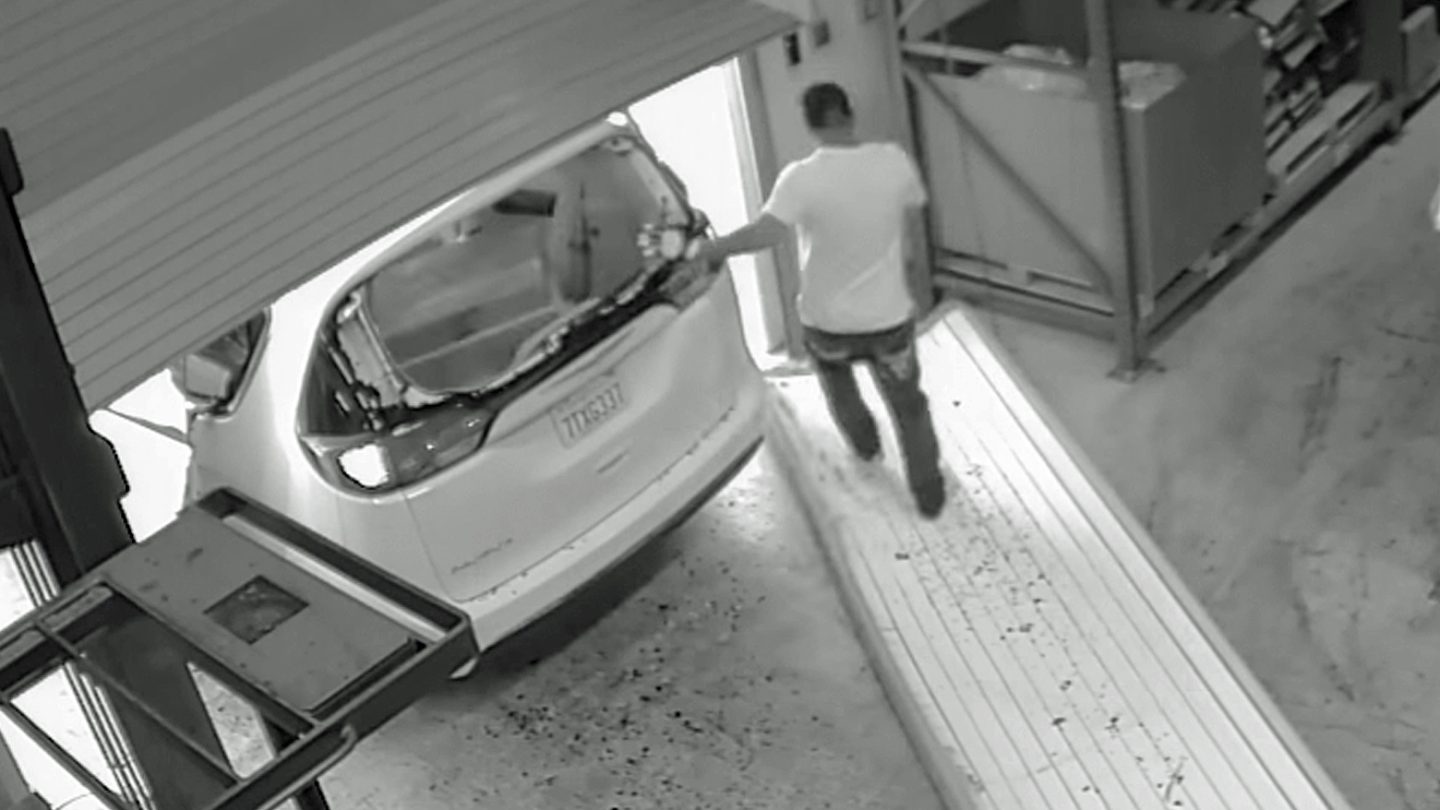 Anyone who has walked through a store checkout with a box of condoms knows how potentially awkward it can be. Some extremely bold thieves in Las Vegas apparently know that feeling all too well, so they decided to get their rubbers the old fashioned way: by driving a station wagon through a warehouse door and stealing tens of thousands of them.

LELO, a Sweden-based sex toy company with a storage facility in Las Vegas, has law enforcement on the hunt for criminals with lots and lots of rubber on their hands. The company claims — and security camera footage supports — at least two unidentified bandits broke into its warehouse and made off with a total of 30,000 condoms, 33 prostate massagers, and 48 kegel beads. The cost of the merchandise that was stolen is approximately $38,000.

“Honestly, it was easier when no one had heard of us,” the company says in a blog post addressing the incident. “Now that our name is really out there, we’ve become victims to a theft the likes of which the world has never seen. Gah, the pressures of fame. Woe is us. Et cetera, et cetera.”

The robbery is obviously a pretty serious situation, but as a sex toy company, LELO is doing its best to make light of the situation. “The good news is that with 30,000 HEX condoms it’s 30,000 times less likely that these miscreants will generate more of themselves,” the company says. “But 33 HUGO prostate massagers seems a little excessive even by Vegas standards.”

The company and local law enforcement are asking anyone with any information about the heist to contact the Las Vegas Police Department.