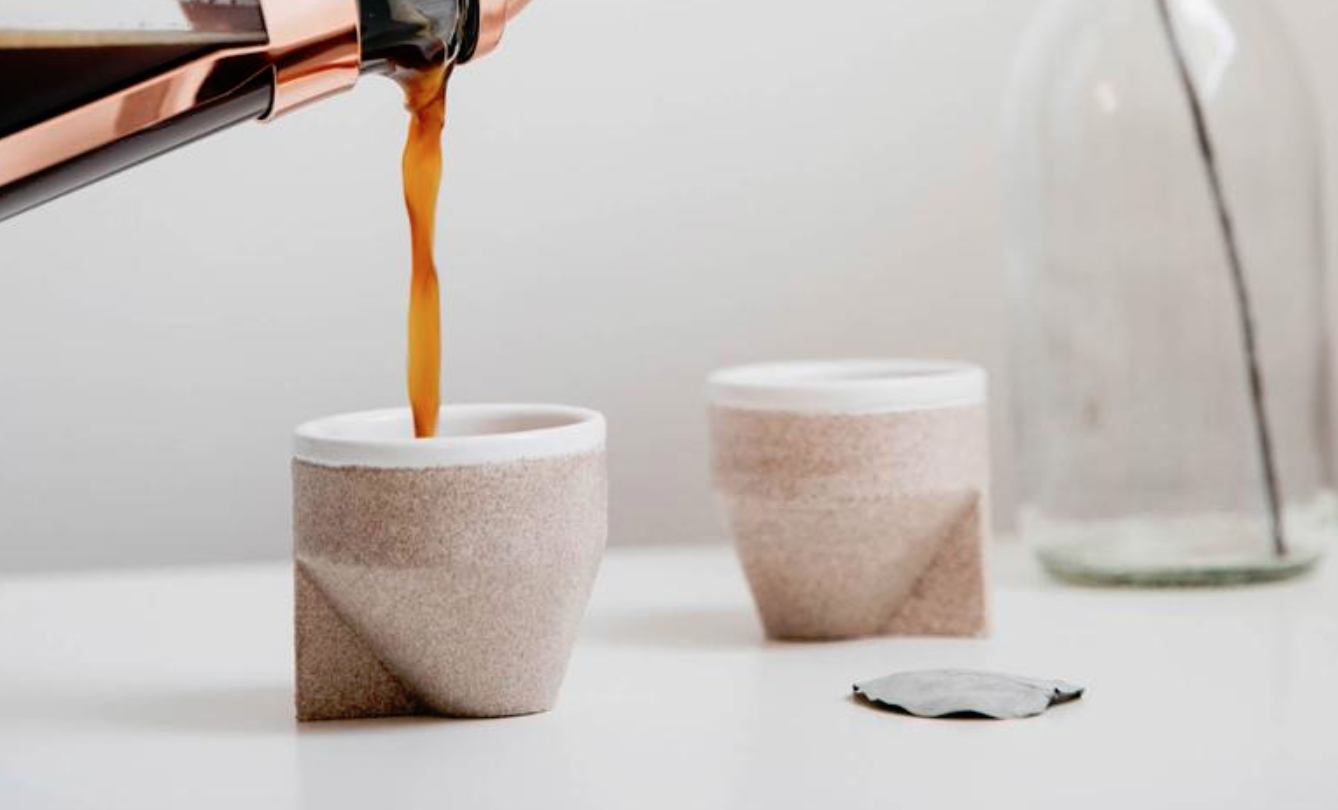 With cold winter days approaching (or already here in some areas) you’ll probably finding yourself reaching for a nice warm mug of coffee sooner or later. You have many choices when it comes to drinking receptacles, but design studio The Foundry by Tinkah thinks it’s come up with a coffee cup that will not only hold your drink but also make you think about the bigger picture.

Made out of a sand-based material the company calls “Ramel,” the cup is named simply Ramel C01, and it’s being sold in packs of four for a rather steep price.

Here’s how The Foundry describes its new mugs:

Inspired by every shifting dunes, The Foundry by Tinkah set out to develop a material that tames the characteristics of desert sand into a moldable medium. “Ramel” has the ability to shift shape into functional and aesthetic products that emerge from their environment rather than adopting their surrounding. As an homage to a global culture,

The cups have an interesting design that does away with a traditional handle in favor of a triangular gripping area that also gives it stability when placed on a flat surface. They’re simple and modern, if a bit on the small side, but their price is anything but modest. A four-pack of the cups will set you back a whopping $176.99.

By making the cups out of sand the company can exploit its natural insulating properties. Sand has great thermal characteristics that make it a perfect fit for a cup holding hot beverages. Whether that, along with the quirky design and the company’s highbrow description is enough to offset a colossal price tag is of course up to you.

If you’re sold on what The Foundry is trying to accomplish here you can already pre-order your own set of the cups via the company’s website.