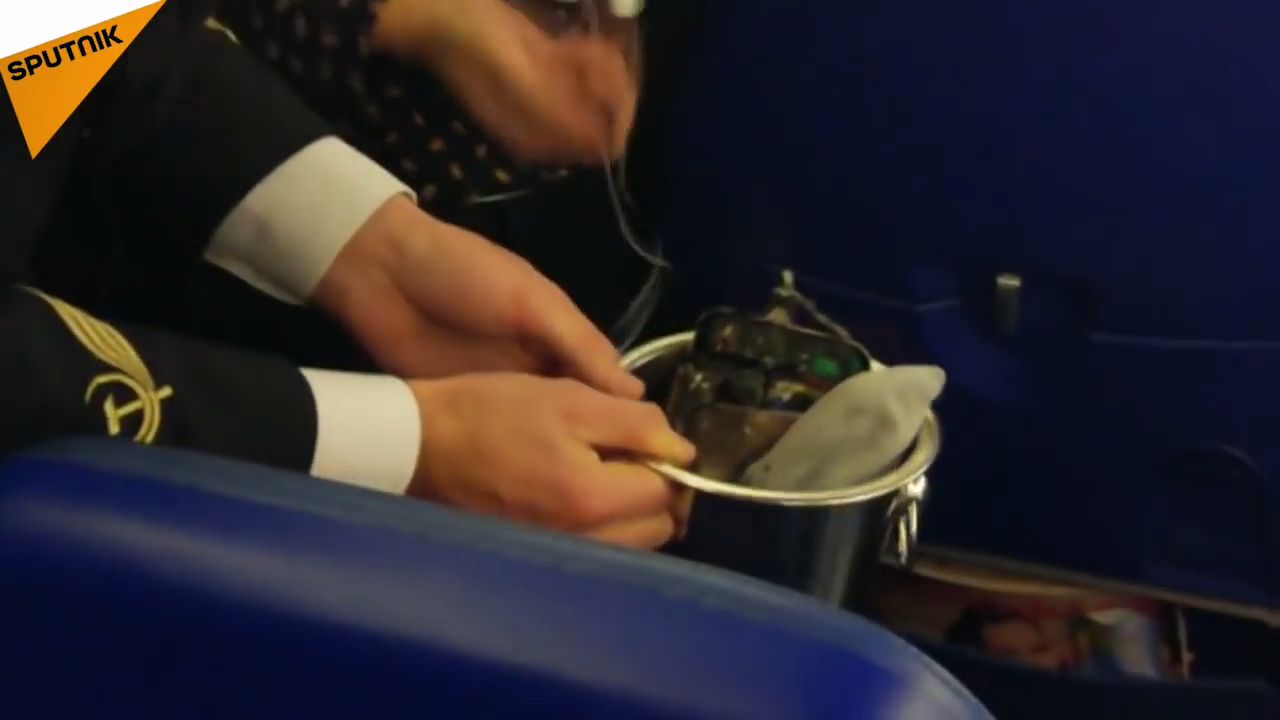 Electronics and their accessories exploding unexpectedly has become so commonplace that no one even seems to be surprised any more when it happens. For example, earlier this week a video surfaced of a portable phone charger ablaze on the floor of an airplane as it was landing. Rather than panic, the passengers simply gathered around to see what was going on. One even offered up a water bottle, but a fire extinguisher was used to put out the fire.

According to local reports, the fire broke out on board an Aeroflot Airbus A320 on January 30th just as the plane was touching down at the Volgograd airport. Once the fire had been extinguished, the passengers were evacuated off of the plane, which (as you can see in the video) had begun to fill with smoke.

“As passengers were disembarking following a routine landing, a portable power bank belonging to one of the passengers began emitting white smoke,” said an Aeroflot spokesperson. “The smoke was immediately put out by cabin crew, and all passengers calmly disembarked as normal using regular airstairs. There were no injuries.”

Although the scene was surprisingly calm, at least a few people were panicked enough to release two emergency slides, which were allegedly used by at least a few of the passengers (although that’s not what Aeroflot says).

The fact that the plane had already landed certainly made the incident less terrifying than it would have been if the passengers felt they were stranded in midair with a fire. Still, it’s rather impressive to see a group of strangers react with composure to a small explosion, especially when the whole world seems to be on high alert.