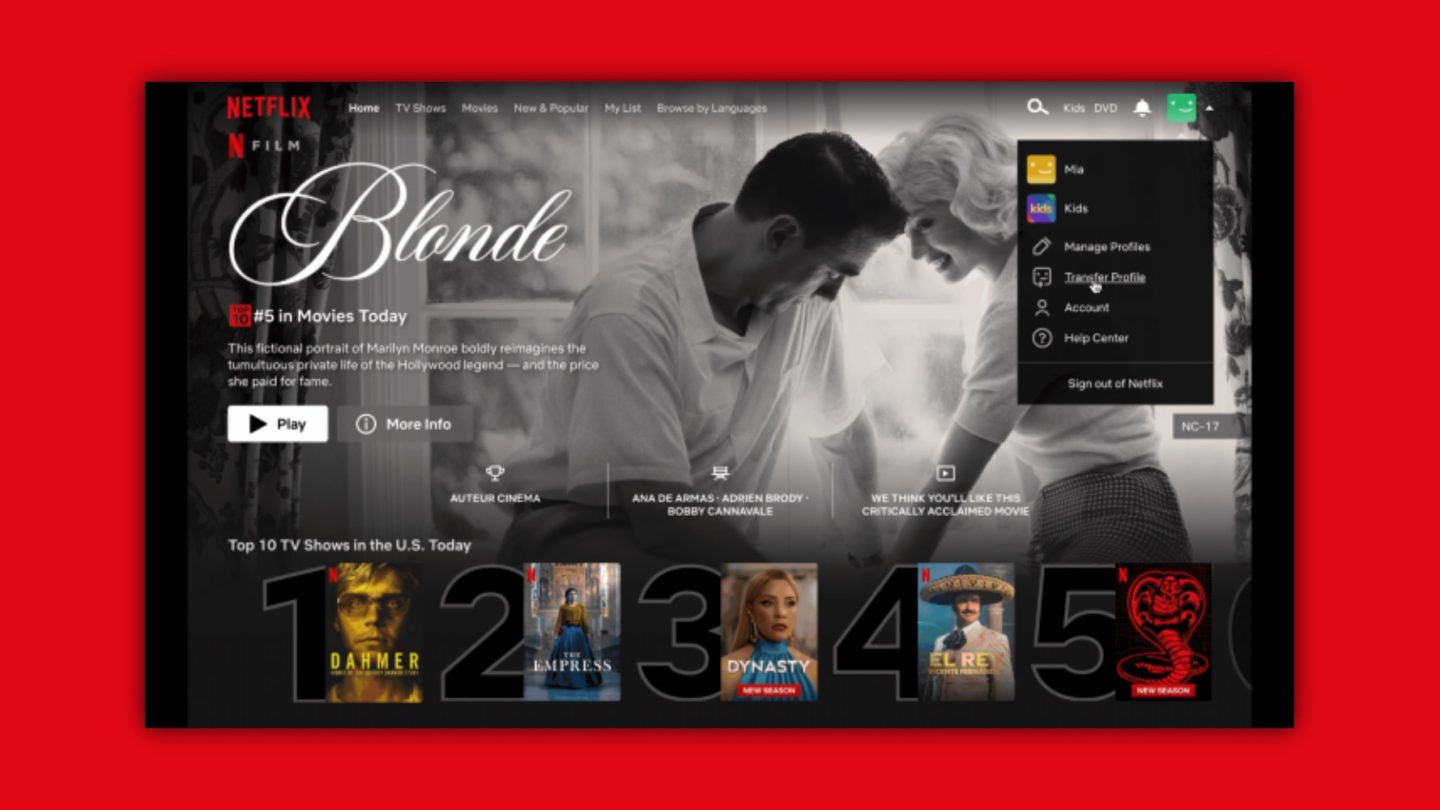 The days of sharing a Netflix password with several friends or family members are almost over. This Monday, the streaming service is launching Profile Transfer, which is a feature that preserves all information from a profile when the user needs to create a new Netflix account of their own.

The information comes from Variety and it’s the latest tackle on password-sharing, which the company thinks is one of the biggest problems of the platform – but not forbidding users to stream 4K content unless they pay the most-expensive plan, unlike all other services.

The company says Profile Transfer has been “much requested” by customers and it’s rolling out to users globally starting today. According to Netflix, its users will be notified by email when this feature becomes available to them.

The publication explains how Netflix is promoting this “feature:”

In announcing the wide availability of the feature, Netflix said it’s intended to accommodate various life events, such as people moving out of a household or relationships ending, without forcing them to rebuild a profile from scratch. But it’s also a way to encourage Netflix viewers who have been mooching off someone else’s account (and aren’t in the same household) to turn legit.

After losing 1.2 million subscribers in the first six months of 2022, the company not only wants to stop bleeding, but it also wants to conquer more subscribers. Last week, Netflix announced its ad-based subscription, which will go live in November for $7.

The plan will be available in Australia, Brazil, Canada, France, Germany, Italy, Japan, Korea, Mexico, Spain, the US, and the UK. Netflix says the Basic with Ads plan offers “all the features people expect from Netflix’s Basic plan,” such as a wide variety of shows and movies, availability on a number of smart devices, and the ability to change or cancel your plan at any time while streaming at 720p.

For those who feel touched by Netflix’s concern about people losing their data after creating their own accounts, the company says the Profile Transfer feature will be available on the person’s profile icon in the dropdown menu on the homepage. They need to select the “Transfer Profile” option and then fill in their personal data. Users also can turn off Profile Transfer in account settings.