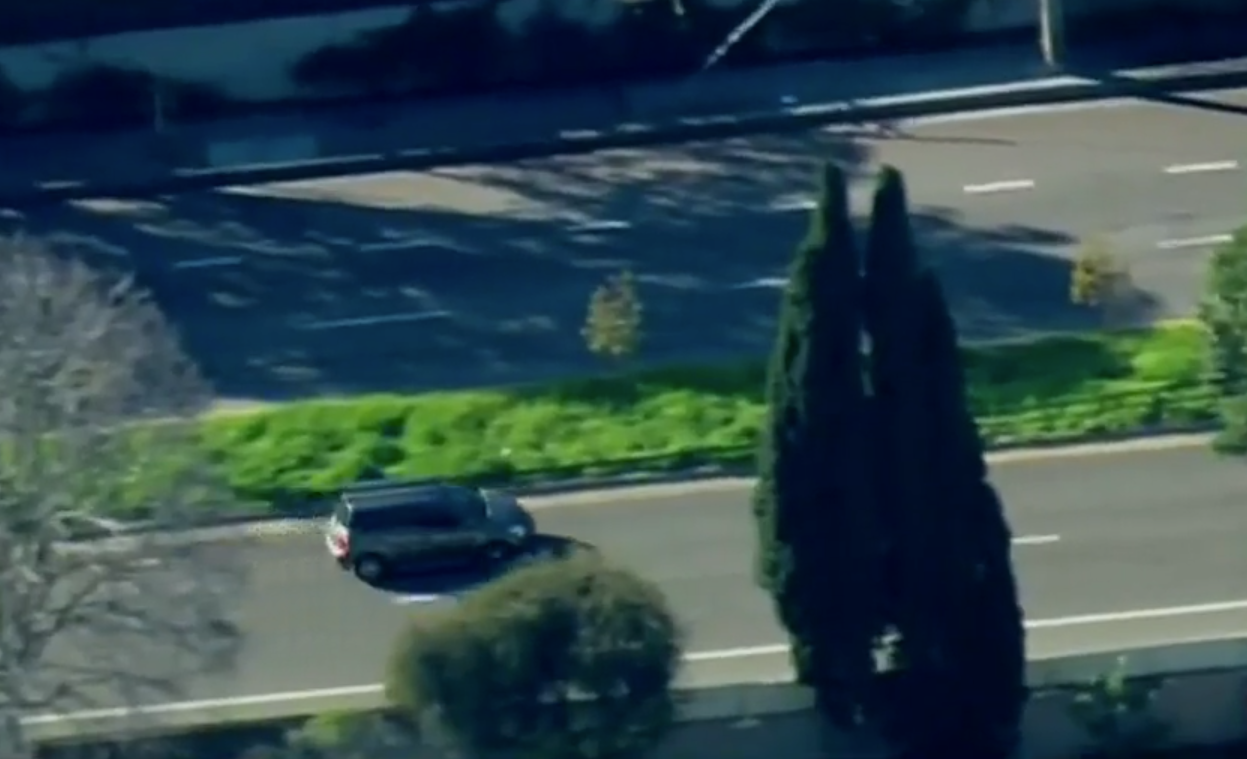 When car chases happen in Los Angeles it’s typically on the highway with lots of fast moving cop cars ferociously pursuing a suspect doing everything they can to get away. This is not one of those chases:

The suspect in this chase is wanted for carjacking, and is currently evading police in a lowly Scion. To state the painfully obvious, it’s not the kind of vehicle you’re likely to escape the police with, and it’s certainly not going to win any awards for sheer speed.

Despite the low speed, there are still a half dozen or more police vehicle in pursuit of the suspect, who has repeatedly run red lights. Aside from those traffic infractions the driver is actually obeying the law for the most part, staying well within the speed limit, using the correct lanes for turning, and avoiding any property damage. He’s a remarkably polite fugitive from the law. That being said, there’s always the potential for chases like this to turn dark in a hurry. It seems clear that the driver knows he won’t actually outrun law enforcement, but what is ultimate plan is remains up in the air.