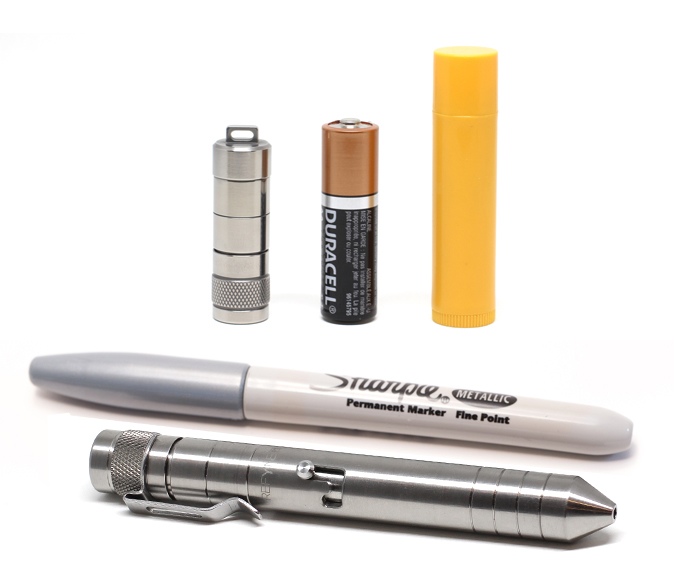 I have a bit of a Kickstarter problem. I’ll go on Kickstarter for a couple minutes, as per usual, to hunt for any interesting new projects to blog about. Somehow, fifteen minutes later, I’m $100 poorer and the potential future owner of an artisinal new knife, or a $400 camera bag I didn’t know I needed.

This is all a long-winded way of saying that last night, I may or may not have spend $87 on a pen. This is out of character for me; I avoid writing things whenever humanly possible, and I’m also bad at losing small pocket items. This makes an expensive titanium pen a dangerous thing to own, because I probably won’t use it as much as I think, and it will almost definitely be left behind on an airplane at some point.

Despite all that, I still had to back this project, because just look at it.

The standout feature, aside from the design, is obviously the flashlight integration. I might not use a pen all that much, but I use a flashlight of some kind daily; having one integrated into a pen is exactly the kind of versatility that makes me love Kickstarter.

The details also look perfect. I love the matte titanium finish, the bolt-action pen, and the decision to use a commonly-available pen refill is smart. I do have concerns, mostly that the flashlight will make it end-heavy, which will make writing a pain.

As ever, I can’t really recommend backing this yourself. Putting down money on a Kickstarter is still gambling on the future of a very unproven company, and it’s far too easy to get burned. But if there’s even a 75% chance that I end up with this pen in my hands, I’ll be happy.