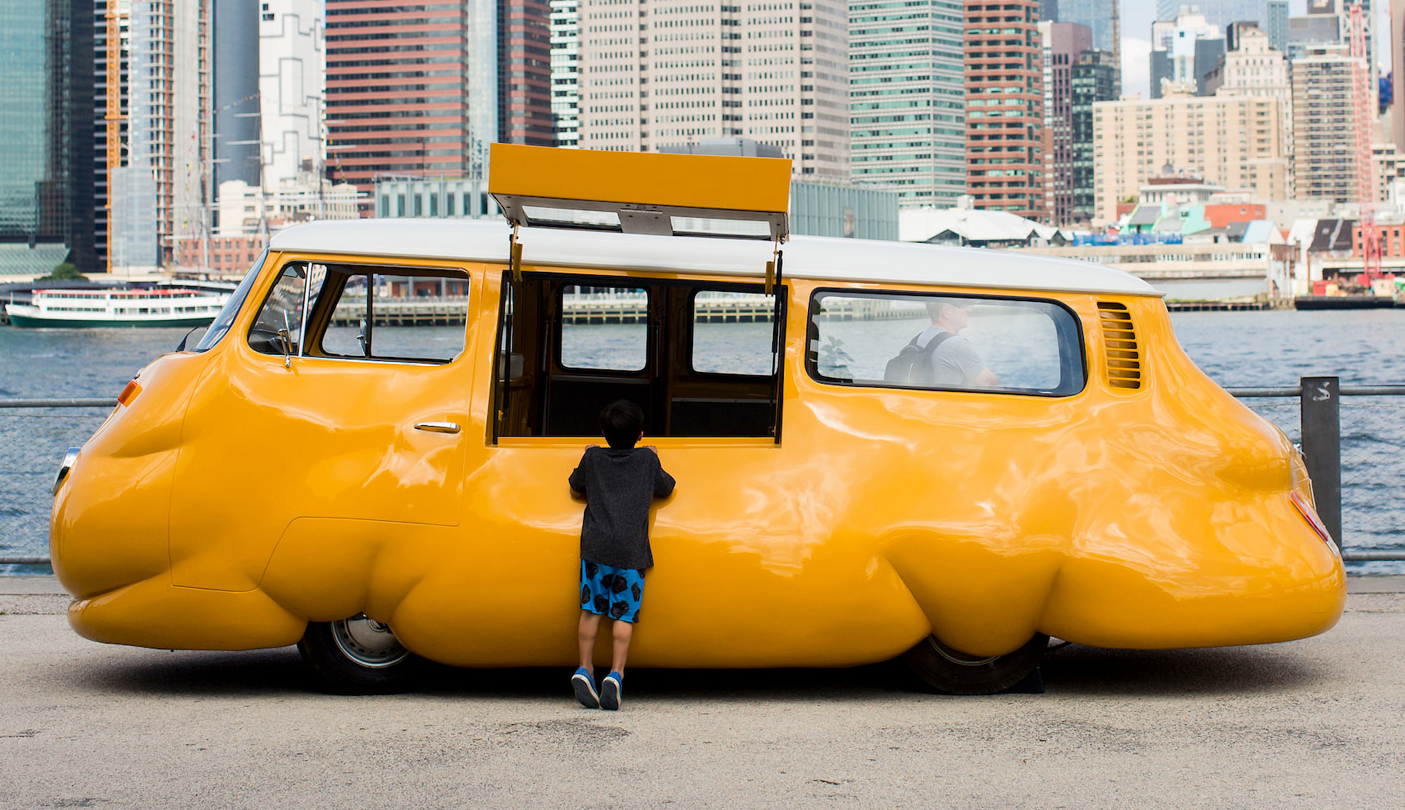 Nobody feels like they’ve made a particularly great life decision after chowing down on a street hotdog, but lots of us do it anyway. That seems to be the message behind a new piece of functional public art by Austrian artist Erwin Wurm. His exhibit is a carefully sculpted VW van that has gained, well, more than a few extra pounds. It also serves hot dogs for free, because of course it does.

The grotesque vehicle will be on display in New York City all summer long, and if you happen to catch it on the weekend you’ll be able to snag a free beef frank of your very own. The “Hot Dog Bus,” as it has been named, will offer its meaty treats each weekend until the end of August.

“At face value, this appears to be a quintessential summertime treat served from one of his signature sculptural forms,” Daniel S. Palmer of the Public Art Fund, curator of the exhibit, explains. “In erwin’s subtle and clever way, he draws us toward a deeper level of engagement, helping us to consider how food, consumer culture, and our bodies are inextricably linked.”

The idea here being that even though you know what a not-so-healthy hotdog is doing to your body, you’re probably going to eat it anyway. The decision to give away the very food that the sculpture is critiquing is an interesting decision, but there’s little doubt the fat van will find plenty of customers when it opens its hatch in Brooklyn.

If you want to catch the tubby V-dub, the Public Art Fund explains exactly how to do so:

Join us every weekend through August 26 at Pier 1 on Saturdays and Pier 5 on Sundays from 12:00pm – 6:00pm. Free hot dogs will be given out, one per visitor, until we run out. There are limited quantities available each day and the bus will be restocked every Saturday and Sunday.

No word on exactly how many dogs the van will be stocked with each weekend, but it sure looks like it has plenty of room inside.