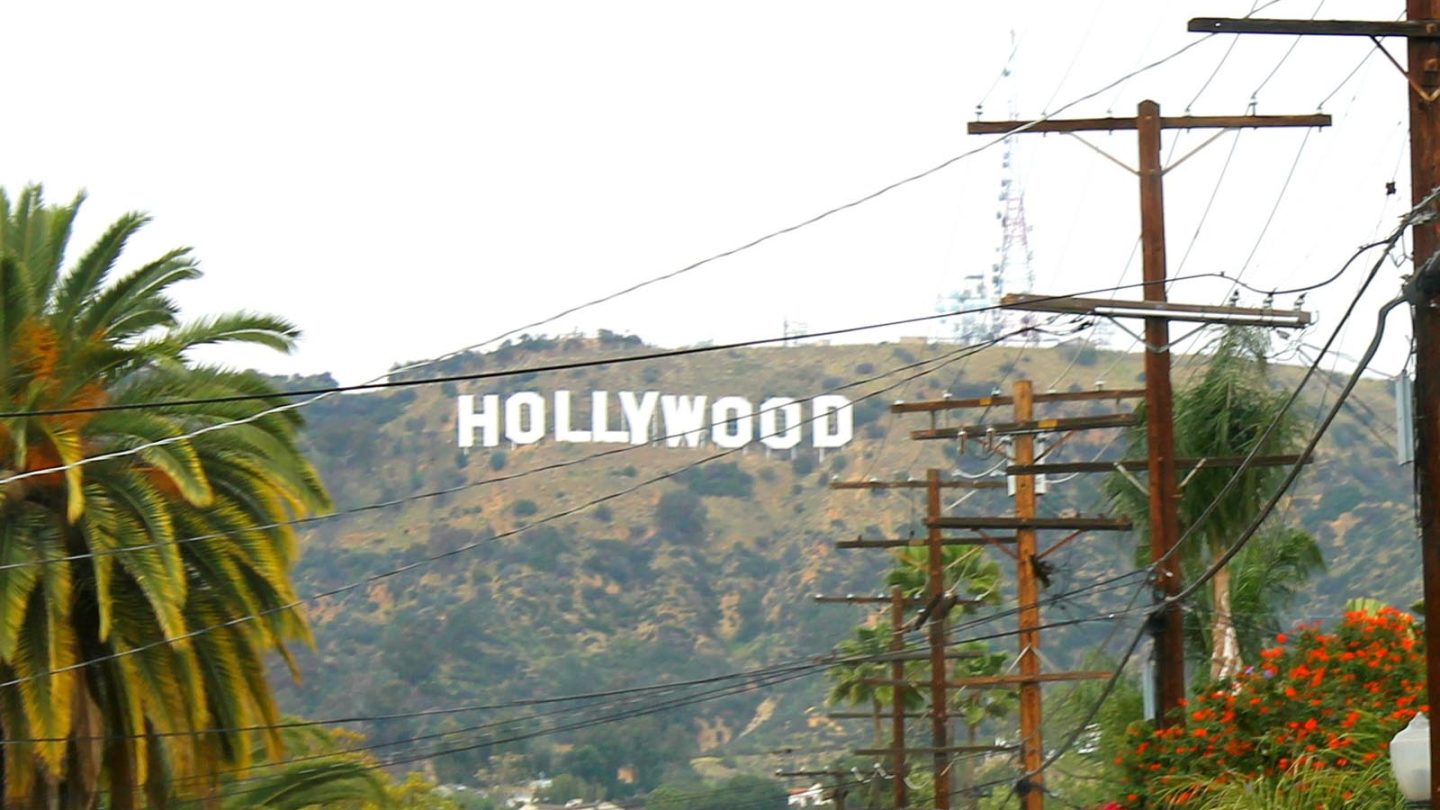 The Hollywood sign is one of the most iconic manmade landmarks in the United States. It has served as a backdrop for many TV and movie scenes, and it’s an instantly-recognizable symbol of the bright lights and glamourous lifestyle that await a lucky few who make it big in the entertainment industry.

On Monday, the iconic sign looked a bit different than it normally does, as a group of six pranksters decided to have some fun and change things up a bit. They altered the massive letters perched on the hillside to read “HOLLYBOOB” instead, and as funny as that is, it’s also against the law. Unfortunately for the half dozen alleged vandals, the LAPD reacted rapidly to reports of the sign’s new look and they all ended up in handcuffs.

As the Los Angeles Times reports, surveillance cameras that keep an eye on the area around the Hollywood sign provided a clear look at the vandals, and when a police helicopter arrived at the scene the pranksters were observed fleeing. With directions from the eye in the sky, park rangers and officers were able to quickly locate the crew and place them under arrest.

In a bit of good news — both for the suspects and for the folks whose job it is to ensure the sign remains in good shape — there was no actual damage done to the sign. Technically speaking, no actual “vandalism” occurred, which helped the six suspects escape more serious charges. The individuals will still be charged with misdemeanor trespassing, but will not be jailed.

As the paper explains, the sign itself is maintained by the Hollywood Sign Trust, which is a private group. Despite being visible from afar, the sign itself is on private property and it is not open to the public (probably for this very reason). Individuals enter the property “all the time” according to a nearby resident, but rarely does anyone actually tamper with the sign itself.

It’s unclear what the motives were for this particular group of pranksters, but a witness to the arrests said the individuals were carrying cameras with them. That sounds a whole lot like someone trying to make a viral YouTube video, so we’ll have to keep our eyes peeled in case one pops up. In any case, no damage was done, so hopefully, everyone can have a nice laugh and move on with their lives. “Hollyboob,” lol.