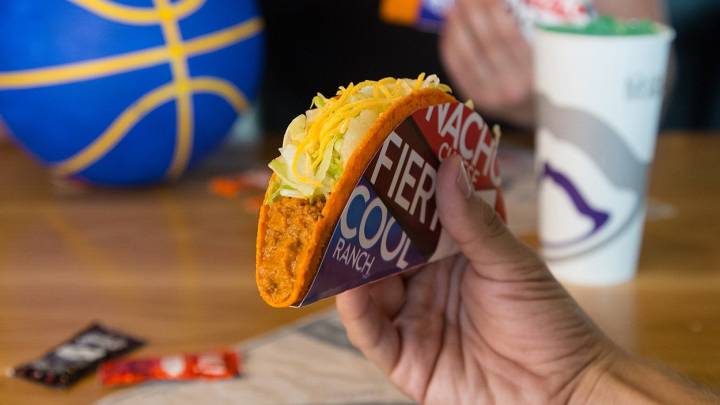 Last Wednesday, the Golden State Warriors beat the Cleveland Cavaliers in Game 3 of the 2017 NBA Finals. By doing so, they unlocked a special offer from Taco Bell: Steal a Game, Steal a Taco. Because the Warriors stole a road win, everyone gets to steal a taco from Taco Bell on Tuesday, June 13th.

In order to take advantage of this limited time offer, all you have to do is head to your nearest Taco Bell and ask for a free Doritos Locos Taco between 2:00 PM – 6:00 PM local time. Every customer is entitled to one free taco, and the rules state that “restaurant managers reserve the right to deny Free Taco to any person they reasonably believe has already received a Taco,” so don’t press your luck.

On the other hand, if you live in an area with a bunch of Taco Bell restaurants, you can spend the next four hours hitting up all of them to score a bunch of free Doritos Locos Tacos. Just be sure to hide the bags and wrappers before you show up at the next Taco Bell. Don’t want to get caught.

Oh, and for those of you curious about what ended up happening in the NBA Finals, the Cavaliers took Game 4 but the Warriors won it all in Game 5. That’s the third year in a row these teams have faced off in the Finals, alternating championships every year. Whoever ends up going to the NBA Finals in 2018, let’s hope that one of them manages to steal a game on the road so we can get more free tacos.