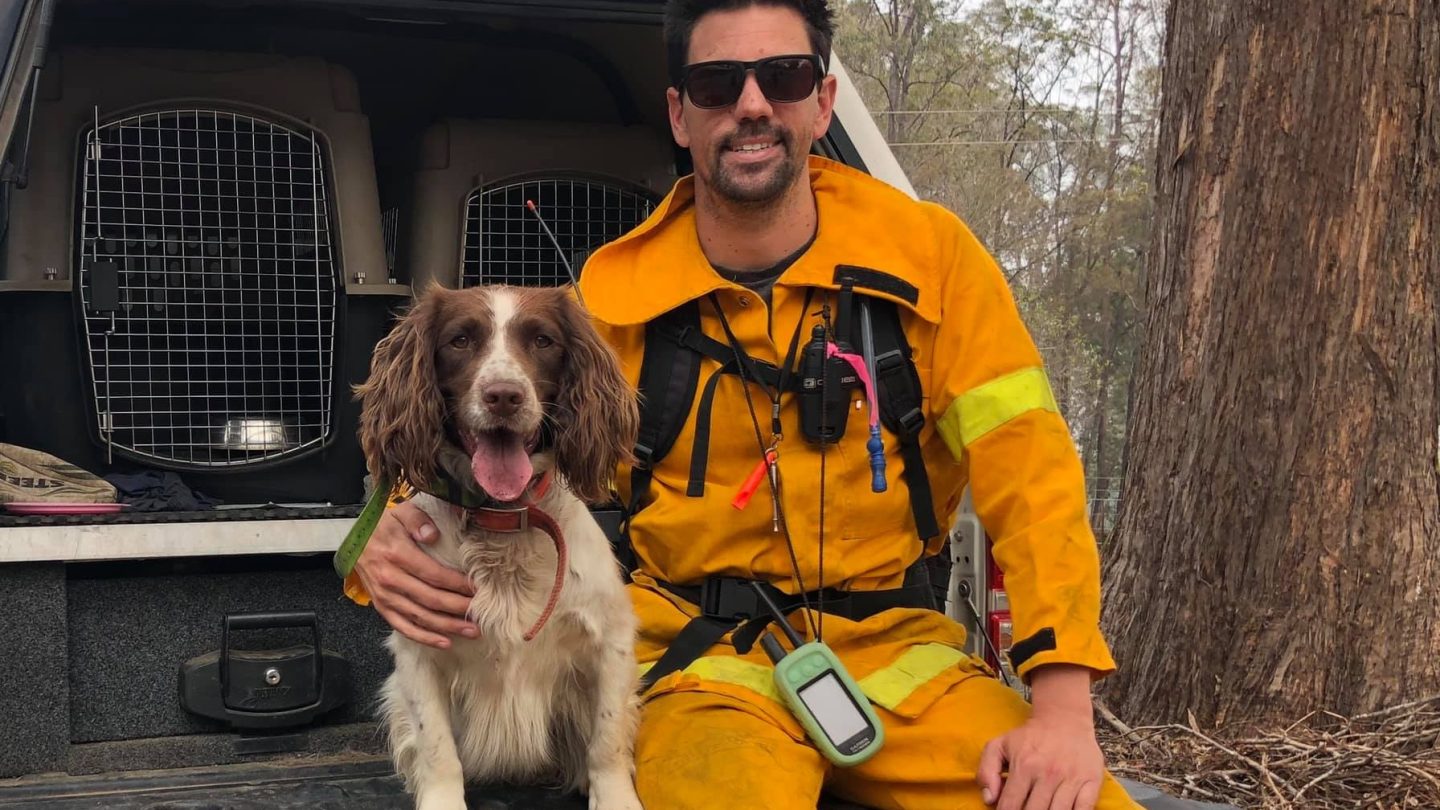 The pictures and video depicting the damage caused by the terrible ongoing fires in Australia are heart-wrenching, but the scale of the damage as reflected in the data almost boggles the mind. For example, consider the fact that according to the wildlife conservation organization WWF, more than 10 million hectares of Australian land has been burned, at least 26 people have died and more than 2,000 homes have been lost. Also, the fires have killed more than 1 billion animals thus far, according to the organization.

The awful effect that the fires have had on the country’s wildlife population is the reason that some heroes have taken it upon themselves to find and bring as many members of that population to safety. The heroes we’re referring to, of course, are the kind with four furry legs that have been rescuing koalas and so many other kinds of animals from the fires in recent days.

One such pup is named Taylor, a 4-year-old good boy (shown above) who’s helped find and rescue 10 koalas since September. That’s according to TATE Animal Training Enterprises, which explained in a Facebook post that Taylor “will prioritize finding live koalas and show a strong indication and sit when she detects one up a tree.” In the absence of live koalas, or in places where the wind is high, the dog will drop and stay directly in front of evidence that a Koala has recently been in an area.

Celine Frere, a senior research fellow with the University of Sunshine Coast Detection Dogs for Conservation, recently told the Mother Nature Network that dogs are perfect for this kind of dangerous rescue work. “They can smell what we can’t see, (and) dogs can be used to track rare animals, detect pest species and locate threatened native plants. So, they have such an important role to play in conservation.”

Dogs doing their part to help is one more consequence of a catastrophe that’s hammered Australia hard — so much so that some ecologists fear the devastation may actually be an extinction-level event for some animal species.

Meanwhile, the rescue efforts continue. In response to this tweet, Tom Hanks said in a video clip posted to Twitter that he thought the story below is so moving it should be made into a movie:

This is Bear. He was abandoned as a puppy due to his OCD, but quickly found a new life as a koala detection dog. As wildfires devastate Australia’s east coast, Bear is doing his best to locate any injured or misplaced koalas. He’s their unexpected savior, and our thirteenth 15/10 pic.twitter.com/dWe8tWbEJo