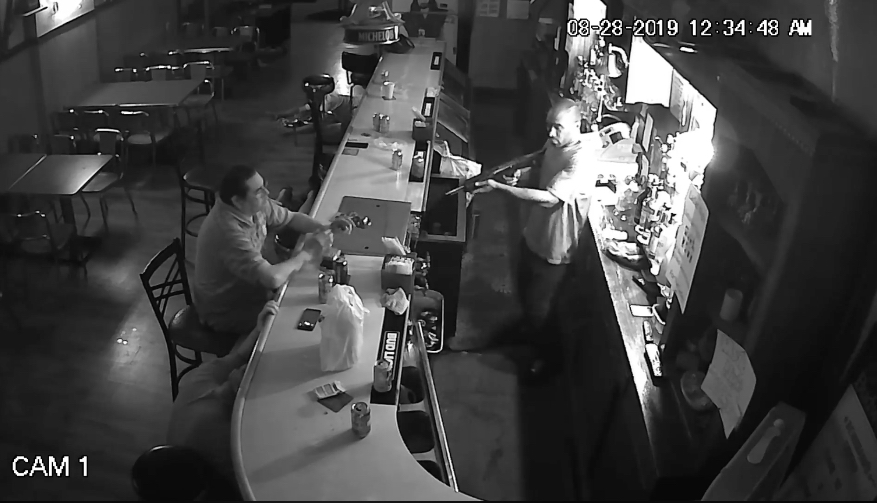 If you think you’re cool under pressure, you’ve got absolutely nothing on a St. Louis man who — in a scene that could have easily been part of a Tarantino movie — calmly and brazenly lit a cigarette while the bar he was in was being robbed.

Not only that, our fearless hero refused to let the robber snatch his smartphone away. All the while, the robber was carrying around an assault weapon that was later revealed to be a Hi-Point Carbine. If that sounds familiar, the Hi-Point Carbine was one of the weapons used during the 1999 Columbine school shooting.

The robbery itself was captured on video and shows all the other bar patrons smartly take immediate cover. Our cigarette toting hero, meanwhile, doesn’t seem to show the tiniest ounce of concern or fear.

What’s more, he doesn’t even flinch when the robber went around the bar and briefly pointed his weapon in his direction. Indeed, in a bad-ass demonstration of resolve, it was at this moment that he lit a cigarette, with seemingly no regard for his own well-being or St. Louis’ indoor smoking laws. Even when another bar patron has a gun shoved into his back, the anonymous smoker remains incredibly calm while continuing to smoke.

“He just was very adamant about it like, ‘I’m not playing your game,” bartender Dustin Krueger told KMOV4 News.

The video was shared to Facebook by the bar owner and can be viewed below.

As to how it all played out, the robber managed to escape with a handful of wallets, some cash, and a few cell phones. His total haul was said to be a few hundred dollars. Notably, and thankfully, no one in the bar was injured during the ordeal. A witness to the robber relays that the perpetrator appeared to be on some type of drug.