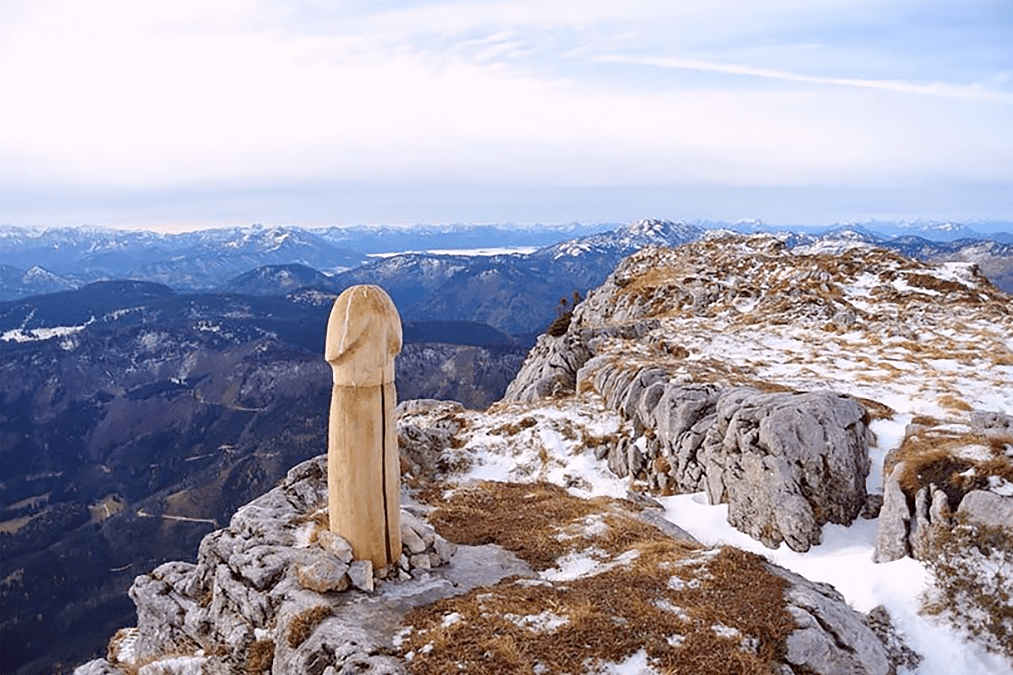 If you’re trekking in the Austrian Alps there’s a number of things you’d probably expect to see, including snow, rocks, and precious little vegetation. Hikers have gotten an eyeful of all that and much more in recent days, as someone has taken the liberty of installing a huge wooden phallus on the top of the Otscher peak, and nobody has claimed responsibility for it.

The odd tribute to the male reproductive organ was first spotted by a longtime hiker who declared it to be the peak’s new mascot, though the intentions of its builder remain unknown. At a height of over 6,200 feet, the peak isn’t exactly a leisurely climb, and carrying a man-sized (as in, the height of a man, not the size a man would- you know what, nevermind) dong to the top would be a bit of a challenge.

The area is popular among skiers and recreational hikers alike, so there’s no shortage of potential culprits who could have left the big wooden dingus behind, but that doesn’t bring us any closer to finding the identity of the prankster. Initially it was thought to be some kind of a viral marketing stunt, but no company has claimed ownership of the pecker.

Standing several feet tall and built out of solid chunks of wood, the wiener was then stabilized by rocks around its base. Unfortunately for anyone hoping to venture in search of the puzzling prick, it might not remain there for much longer. Ski lift operators in the area where it was discovered have warned that it’s likely to come tumbling down whenever the next storm rolls through, which would be a rather unceremonious end for such a majestic sculpture.