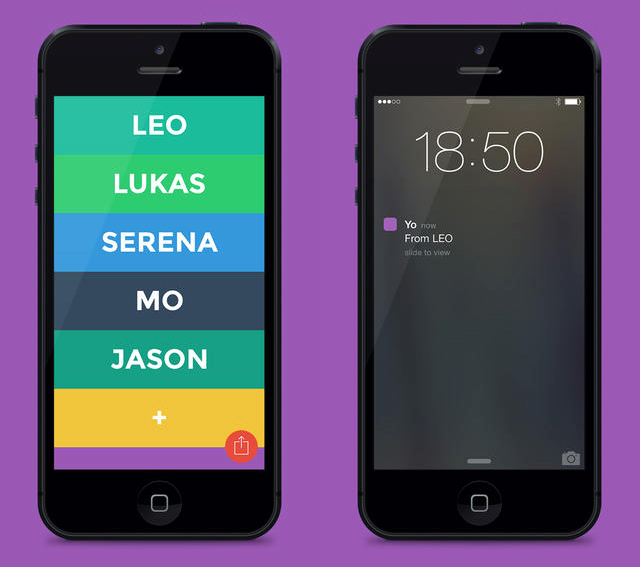 Yo is a very silly iPhone app that does one thing – well, not including Easter Eggs – and that’s to send a simple, short “Yo” message to friends. While that sounds very silly, apparently plenty of users downloaded the app and are sending Yos every which way. To date, more than 4 million Yos have been sent by the over 50,000 users that downloaded the app. However, even though it has been released on April 1, the app is not a joke, and the developer behind it convinced an investor to give him $1 million for the app, Think Progress reports.

The app only took eight hours to build, and is described as a “context-based communication” app. Yo inventor Or Arbel believes that the way Yo affects life is “profound,” as “you usually understand what the Yo means based on who you get it from and when you get it.”

The inventor got his $1 million investment from his former boss, who wanted a simple app to tell his assistant that he needed to talk to her.

Some Yo reviewers are, meanwhile, more sarcastic. “Not just a means of simple but effective communication, Yo is a way of life,” one review reads. “Since downloading Yo, all my relationships have improved and I’ve regrown most of my hair.”

It’s not clear how Yo will evolve, but it won’t have other messaging features in the future, Arbel revealed. However, the developer is working on integrating Yos with brands, which would be able to send Yos to customers to promote products.

Yo’s Easter Eggs include double tapping on someone’s name to send a YoYo and sending Yos to groups by putting a plus sign between user names.