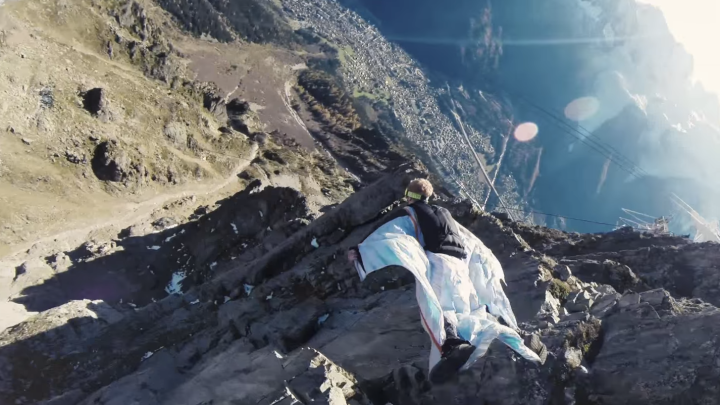 The most amazing, terrifying, death-defying video you’ll see all day, or maybe all month, comes courtesy of Project: BASE, an organization made up of two friends who are exploring human flight and risking their lives in order to raise money for charity.

In their latest video, shared by Business Insider, co-founders Sam Hardy and Nathan Jones can be seen flying down the face of a mountain in wingsuits while attempting to high five an enormous cardboard hand. It’s even more petrifying than it sounds.

SEE MORE: Video: You can thank GoPro for this horrifyingly close encounter with a shark

The video was filmed in Ethiopia on the Simien Mountains as part of the group’s first major campaign.

“Project: BASE selected the Amhara region to raise money for a water well purely because there is such a lack of clean drinking water. There is water there, but sadly the people that inhabit the region do not have the funds or tools to access it,” writes the team.

“Our goal at Project: BASE is to raise $5,500 so Glimmer Of Hope can build a hand dug water well which will support up to 350 people and to raise an additional €10,000 for 2 more charity projects the team have set up closer to the Simien Mountains.”