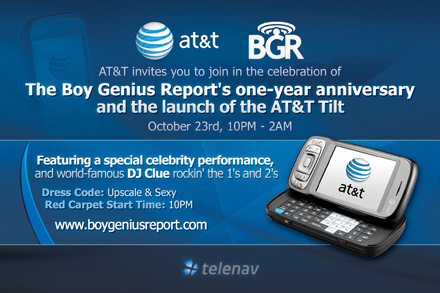 Totally major news today! We’re throwing a huge event to celebrate our one year anniversary on October, 23rd in New York City…and the best part? It’s sponsored by AT&T and TeleNav. We’re talking red carpet, celebrities, paparazzi, an exclusive performance, and none other than DJ Clue on the 1’s and 2’s! It’s also the official launch party for the AT&T Tilt and there will be demos, displays, the whole 9! We can’t thank AT&T enough for helping us celebrate this milestone in BGR. To make things even better, we’re inviting 25 readers to the event! If you want to come, just drop a comment as long as you are in the New York City area. Thanks, guys! Full size invite, after the jump!

If you are part of the Media wishing to cover the event, please contact Cassandre at 5WPR: clafrance at 5wpr dot com 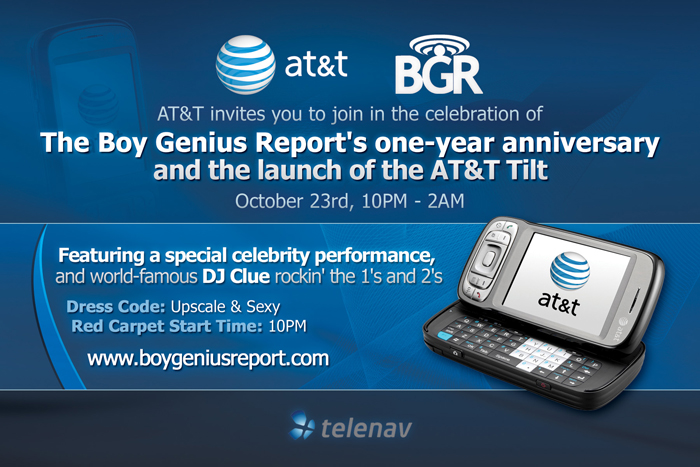