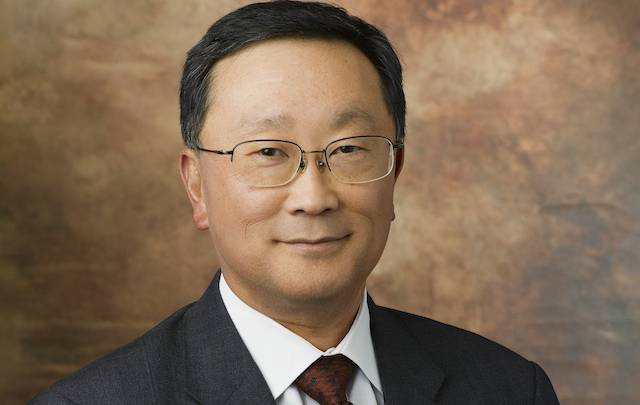 You wouldn’t like BlackBerry CEO John Chen when he’s angry. Ever since Chen took over as BlackBerry’s CEO he’s taken an aggressive stance against anyone who disrespects his company, whether they’re smarty-pants bloggers or Ryan Seacrest. Now Chen is calling out wireless carrier T-Mobile, which angered BlackBerry fans recently by sending them targeted promotions encouraging them to switch to Apple’s iPhone.

“I can assure you that we are outraged [by the iPhone offer] too,” Chen writes on BlackBerry’s official blog. “What puzzles me more is that T-Mobile did not speak with us before or after they launched this clearly inappropriate and ill-conceived marketing promotion.”

Chen also took the time to thank BlackBerry’s loyal fans who have been “expressing your outrage directly to T-Mobile ‎through tweets, calls and comments in the media and on blog posts.” Chen said that BlackBerry diehards’ passion for their favorite company “is appreciated by all of us at BlackBerry, and draws a sharp contrast with the behavior of our longtime business partner.”

T-Mobile CEO John Legere this week posted a message on his Twitter feed letting BlackBerry fans know that he hears them “loud and clear” and that he’s going to “work with the team” to presumably make sure that BlackBerry users get more appropriate promotions in the future. Whether this step is good enough to quell Chen’s outrage is another matter entirely.