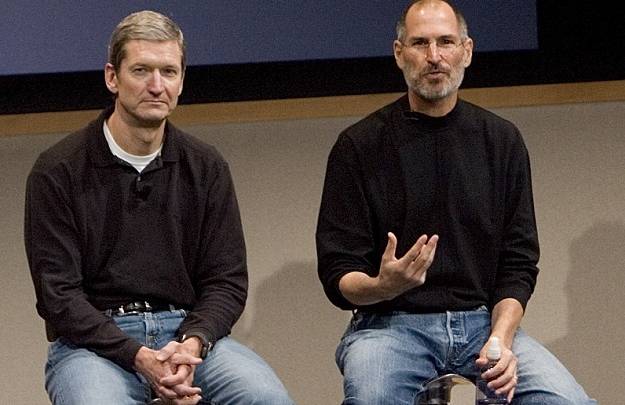 Last week we detailed how an upcoming book about Steve Jobs promised to deliver “sensational” stories about the Apple co-founder. Cult of Mac has since obtained a few excerpts from the book and, as promised, there are quite a few bombshells already.

Titled, Becoming Steve Jobs: The Evolution of a Reckless Upstart into a Visionary Leader, the book is slated for release on March 24 but is already available for pre-order on Amazon for $21.78.

The most fascinating tidbit Cult of Mac unearthed details how current Apple CEO Tim Cook once offered part of his liver to Jobs when then Apple co-founder was going through a bout of health struggles.

Ultimately, Jobs didn’t take the offer as he would eventually receive a full on liver transplant in 2009.

In fact, one of the explosive revelations of the upcoming biography — showing just how much Cook cared about his boss — is the fact that Cook offered Jobs a portion of his own liver when the ailing Apple exec was in need of a donor.

After discovering that he shared a rare blood type with his sick colleague, and undergoing a battery of tests at a hospital “far from the Bay Area, since he didn’t want to be recognized,” Cook offered his liver to Jobs — only for Steve to turn it down.

“Somebody that’s selfish doesn’t reply like that,” Cook says.

For anyone who has closely followed Tim Cook since becoming CEO of Apple, the offer to give Jobs part of his liver may not come as a surprise. Cook is often effusive when talking about Jobs and considers him a guiding and positive influence on his life. Interestingly enough, Tim Cook has ensured that Jobs’ office at Apple hasn’t been touched. To this day, it remains exactly as it was the day he died.

Steve Jobs’s office remains Steve Jobs’s office. After his death in 2011, Tim Cook, his friend and successor as Apple chief executive officer, decided to leave the sparsely decorated room on the fourth floor of 1 Infinite Loop untouched. It’s not a shrine or place of mourning, but just a space that Cook sensed no one could or should ever fill. “It felt right to leave it as it is,” he says. “That’s Steve’s office.

Another point of interest relayed by Cult of Mac is that Apple and Disney once toyed with the idea of acquiring Yahoo! as a means to get into the search business.

While the question of Apple buying Yahoo! has been raised plenty of times over the years, this is the first time there’s been a serious suggestion that Jobs considered such an acquisition.

Buying Yahoo! would have given Apple access to a host of patents, web services and other tools in a fiercely competitive sector. Yahoo! would have been an interesting fit for Apple (which is probably why it didn’t happen), but it’s fascinating to consider what might have been.