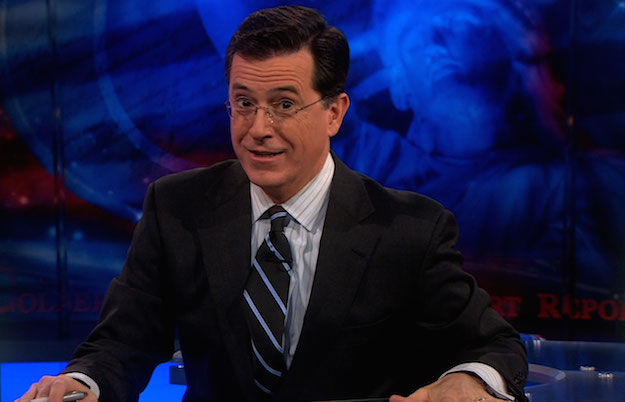 Stephen Colbert’s transition to network late night television is off to a good start. On the premiere episode of his new CBS show, Colbert delivered monster ratings. And while things have leveled off a bit since, Colbert is still performing much more ably than his predecessor David Letterman was.

For anyone who’s been keeping up with the show, you’ve probably noticed that Colbert has already hosted a few luminaries from the tech world, including Uber CEO Travis Kalanick and Tesla CEO Elon Musk. Keeping that momentum going, Colbert later tonight will be joined by Apple CEO Tim Cook where the two will presumably talk about Apple’s recent product announcements.

“Siri, put Apple CEO Tim Cook on my calendar for Tuesday, Sept. 15. Oh, and come up with some questions to ask him.” pic.twitter.com/mXutum0Bp6

While we wouldn’t quite call Colbert a fanboy, he seemingly does have a thing for Apple. Last year, you might recall that Colbert pulled out an iPhone 6 on-air weeks before the device launched in stores. During the same segment, Colbert gushed, with his trademark sarcasm, over the Apple Watch as well.