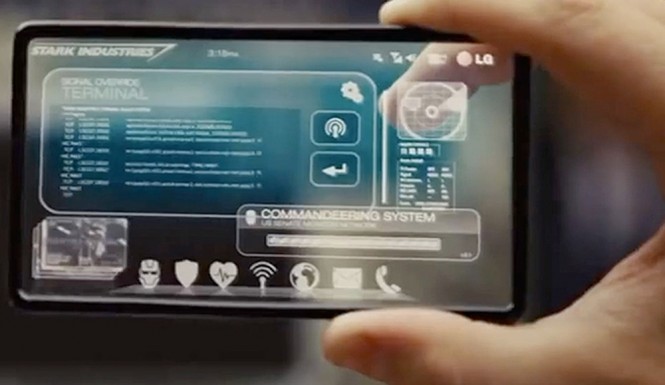 Remember Iron Man’s transparent smartphones? They might become reality sooner than you think thanks to an unusual new type of battery that’s not only transparent, but it can also charge via solar power. The technology could also be used for other products in the future, such as smart office and home windows that would be able to let the sun’s light pass through them, but also recharge and store energy.

DON’T MISS: LG’s incredible new mini projector can beam a 100-inch screen from about a foot away

Developed by a team of researchers at the Kogakuin Univeristy, the lithium ion battery is not entirely transparent, as it contains the same chemical compounds that make any battery work. Furthermore, when exposed to sunlight, the battery becomes slightly tinted, transmitting 30% less light – but it’s still transparent. When fully discharged, the light transmittance rises to approximately 60 percent, TechXplore reports.

To pull these tricks off, the team of scientists shrunk down the electrodes, all the way down to around 80-90nm, to allow light to pass through.

The team has been working on it for about four years since a team of researchers at Stanford came up with the concept of a see-through battery that was also bendable. Two years ago, researchers unveiled a nearly transparent prototype that was charged with a separate solar panel, and then began work on integrating solar-charging powers into the battery.

The technology was demoed at Innovation Japan earlier this month, but it’s not clear how long it will take until it’ll be used in commercial products.

An image showing the new battery follows below.