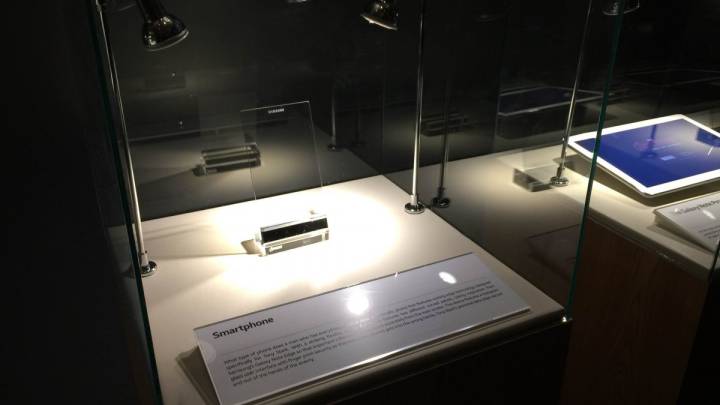 It’s no secret anymore that you’ll see plenty of Samsung product placements in the upcoming The Avengers: Age of Ultron movie this summer, as the South Korean company made that abundantly clear not too long ago when it launched an exclusive extended trailer version of the first official trailer for the movie. But, in addition to existing Samsung devices you might see in the movie, the company has come up with other interesting never-before-seen gadgets that will appear in the movie. Unfortunately, as Business Insider reports, these special Samsung toys aren’t real, and you shouldn’t expect to see them in stores too soon.

Tony Stark, aka Iron Man, will have a special phone inspired by the Galaxy Note Edge, but featuring a transparent glass and super-slim profile.

“What type of phone does a man who has everything need? A sleek and metallic phone that features cutting edge technology designed specifically for Tony Stark,” Samsung wrote in the phone’s description. “With a striking flexible display, the phone features two different curved panels, taking inspiration from Samsung’s Galaxy Note Edge so that important information is displayed separately from the main screen. The device features a hologram glass user interface with finger print security so that even if the device gets into the wrong hands, Tony Stark’s personal data stays secure and out of the hands of the enemy.”

Additionally, Samsung will also equip all other members of the Avengers team with smartwatches and Bluetooth earpieces. The smartwatch will also feature a transparent display, a feature not currently found on any of Samsung’s wearable devices.

The products, developed by Samsung and Stark Industries, will only be available to Avengers crew, Samsung said.