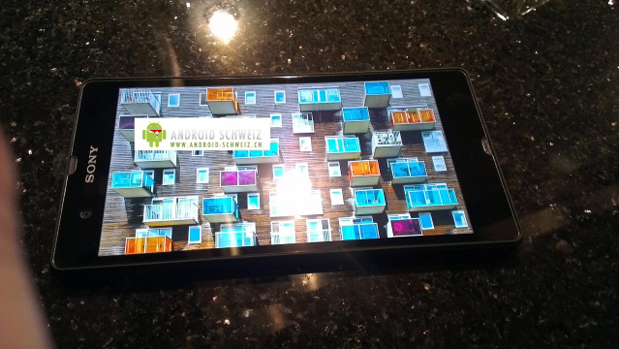 What seemed ridiculous just over a year ago is now officially “a thing.” As companies such as Samsung (005930) continue to post big numbers for smartphones with oversized screens, other companies are starting to see ‘phablets’ as more than just a niche. HTC is expected to reveal its own Droid DNA with a 5-inch 1080p resolution display next week, LG has its Intuition and Chinese companies such as ZTE are even entering the “phablet” market with massive phones of their own. Sony (SNE) has long been rumored to be working on a smartphone with a 5-inch screen codenamed “Odin,” but according to leaks from Android Schweiz, the company has another “phablet” in development: The C6603 “Yuga” with a 5-inch 1080p resolution screen, 1.5GHz quad-core processor, 2GB of RAM and 12-megapixel camera.

Whether or not the Yuga is actually the Odin is unclear, considering they have virtually the same specs. Android Schweiz claims the Yuga device has a unibody design with a glass back, non-removable battery, microSD card slot and a circular power button on the right side that looks more like a camera shutter button. There is also a dedicated camera button on the device. The Yuga reportedly runs Android 4.1.1 Jelly Bean, and no details on a possible release date or pricing were reported.