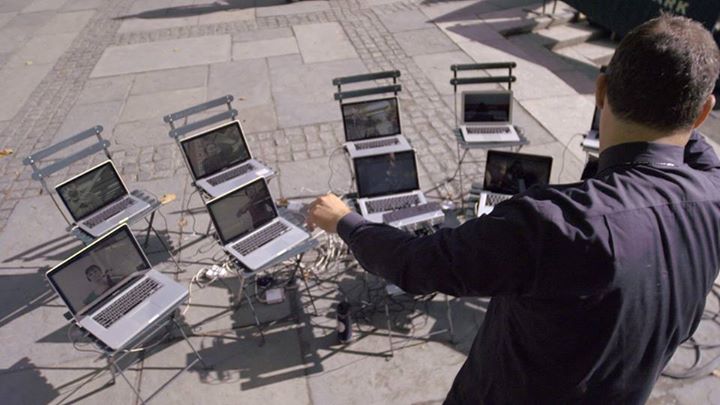 Microsoft published a story on its Skype blog last week that was meant to highlight the power of its video chatting application. Per Cult of Mac, the video shows a recording of an orchestra playing in New York City over Skype, with its musicians actually being located in various subway stations. But inadvertently, the talented musicians were not the only stars of the show, as the Skype orchestra actually pulled everything off using only Macs and iPhones.

FROM EARLIER: Microsoft realizes the Surface will never beat the iPad, goes after the MacBook Air instead

“On a sunny September morning, mid Bryant Park, Ljova Zhurbin stood surrounded by an array of laptop-supporting folding chairs,” Microsoft writes. “With screens featuring 11 of the city’s celebrated subway musicians over Skype, the city’s first digital orchestra—once isolated within their separate subway stations—joined together in a timely beat. A beat that was created solely with the collaborative project ‘Signal Strength’ in mind.”

Even though this isn’t a TV commercial for Skype, it’s still highlighted on the official Skype blog with this title: Futuristic Orchestra Stars New York Subway Musicians & Skype. Microsoft Canada further picked up the story, publishing on its Facebook page on Thursday. That’s even though there’s no actual Windows computer, Windows Phone smartphone, or any other platform other than iOS and Mac OS X to show the power of Skype.