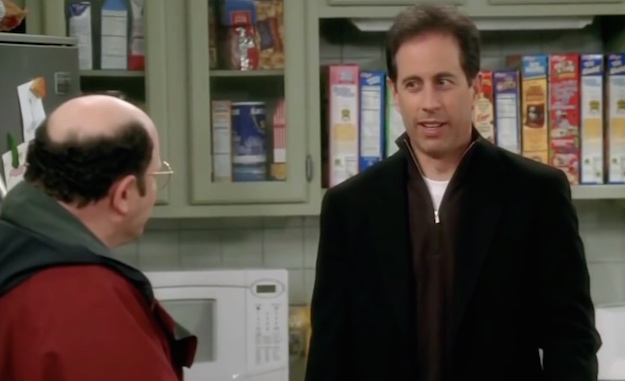 As one of the most beloved shows of all time, there has long been a clamoring for a Seinfeld reunion of some sort. Unfortunately, even Jerry Seinfeld himself has nixed the idea, arguing that the show already accomplished everything it set out to do and that there’s no point in getting the old gang back together.

That being the case, the closest we’ll likely ever come to a bonafide Seinfeld reunion already happened a few years ago, on a completely different show, no less. During the seventh season of Curb Your Enthusiasm, one of the show’s plot points centered on fake Seinfeld reunion. As a result, we saw bits and pieces of what a modern-day Seinfeld might look like scattered throughout the season. And while that may have helped satiate the appetite of Seinfeld fans ever so slightly, the show’s passionate fan base understandably demanded more.

A few years later, Topher Grace, he of That 70’s Show fame, has stepped up and saved the day.

In a video posted to Facebook, Grace unveiled a 9-minute video he created which stitches together all the disparate Seinfeld scenes from Curb into one cohesive production, sort of.

“I edited all the Seinfeld scenes from Curb season 7 into one episode,” Grace noted. “It’s more like a radio play, but if you sew together all the dialogue from audition scenes, read-throughs and rehearsals together… a 9 minute hint at what the plot of a reunion might have been.”

A genuine masterpiece which you can check out below.