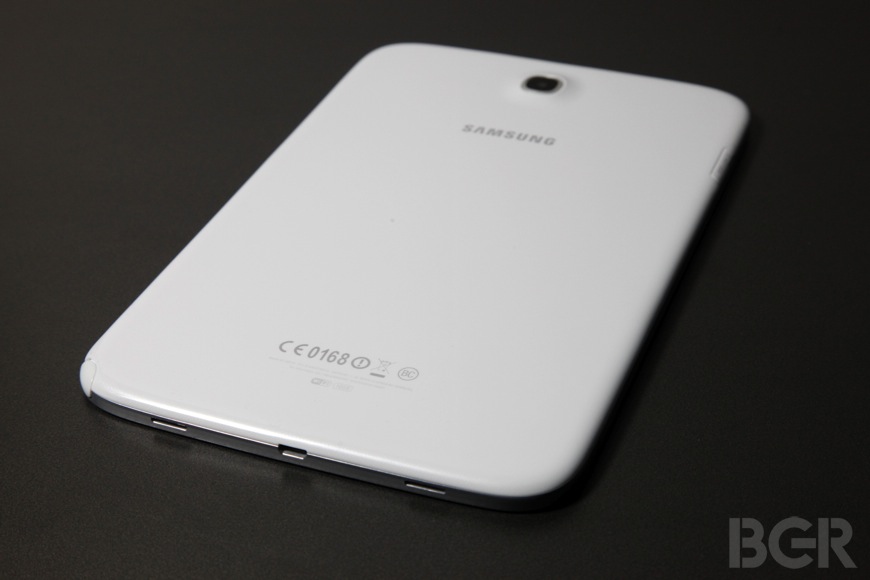 In addition to flooding the market with a variety of tablets meant to meet various needs, Samsung is apparently planning a new device that will offer user a unique display feature: an AMOLED display with 2K resolution (2560 x 1600), SamMobile has learned. While Samsung’s recent line of Pro tablets also come with high-resolution screens, they don’t have AMOLED displays. The company has not released a tablet with an AMOLED screen since the 2011 7.7-inch Galaxy Tab model.

The new tablet will be available in various versions including Wi-Fi-only, 3G and LTE – model numbers for them appear to be SM-T800, SM-T801 and SM-T805, respectively. Moreover, the tablet is expected to pack an Exynos 5 processor and run Android 4.4.2 KitKat out of the box with TouchWiz on top, including the new Magazine user interface that Google hates. Additionally, the company is also looking into porting to the tablet the Ultra Power Saving Mode battery life-extending function found on the Galaxy S5 smartphone. As for the actual size of the display, it could be anywhere between 8-inch or 10-inch, the publication says.

However, a commercial name for the new tablet isn’t available, and it’s not clear when the device will actually be unveiled and launched.

In the past, Samsung has been rumored to make the next 10-inch Nexus tablet, but Google is yet to release such a device. Furthermore, Samsung is also expected to launch new Galaxy Tab 4 models tablets later this year, although they’re not likely to pack AMOLED displays – the Galaxy Tab 4 models have already been spotted on Samsung’s website, in benchmark tests and at the FCC. According to these unofficial sightings, the new Galaxy Tab models will have HD resolution and different model numbers than Samsung’s mystery AMOLED tablets.