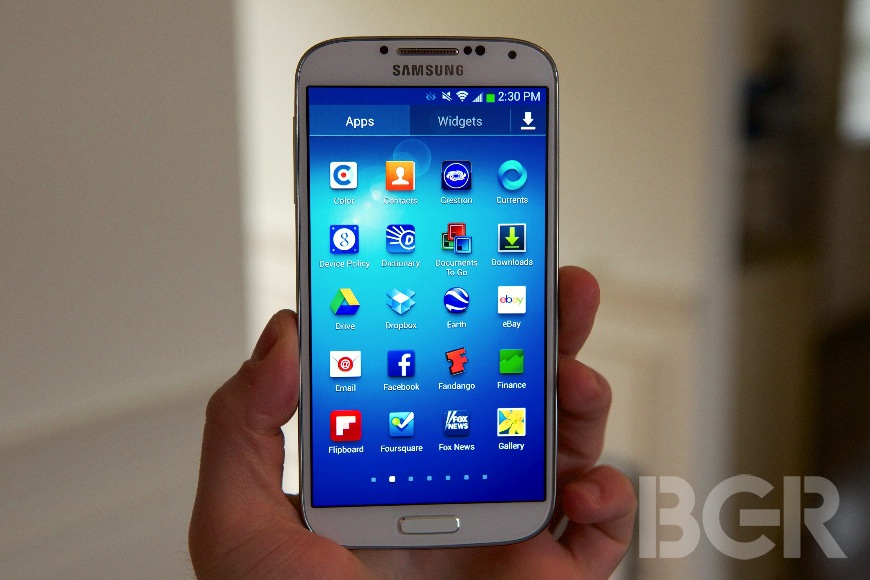 Samsung’s Galaxy S4 was one of the best smartphones released last year but it contained one major flaw: Samsung decided to lard it up with lots of gimmicky apps and features that gobbled up storage and weakened the device’s battery life. Unnamed sources have told Re/code that Google met with Samsung recently and told the company to stop producing so many storage-clogging, battery draining gimmick apps on future devices. Instead, Samsung will start producing smartphones that run something closer to the “pure” Android that Google offers with its Google Play Editions of popular smartphones.

Of course, Google has other motives for getting Samsung to ditch feature spam besides improving user experience. As Re/Code notes, Google is trying to take more control over Android because it’s worried about all of the no-name Chinese vendors that are using Android as their smartphones’ platform but that aren’t also loading key Google services such as Gmail and Google Maps onto their devices.

Re/code’s sources say that “not only will Samsung consider dumping or altering the Magazine UX interface in future devices, but, more importantly, new Samsung devices will spotlight Google’s suite of apps to get movies, music and other content at the expense of its in-house developed software, which was once a proud showcase of Samsung’s evolution as a mobile industry leader.”