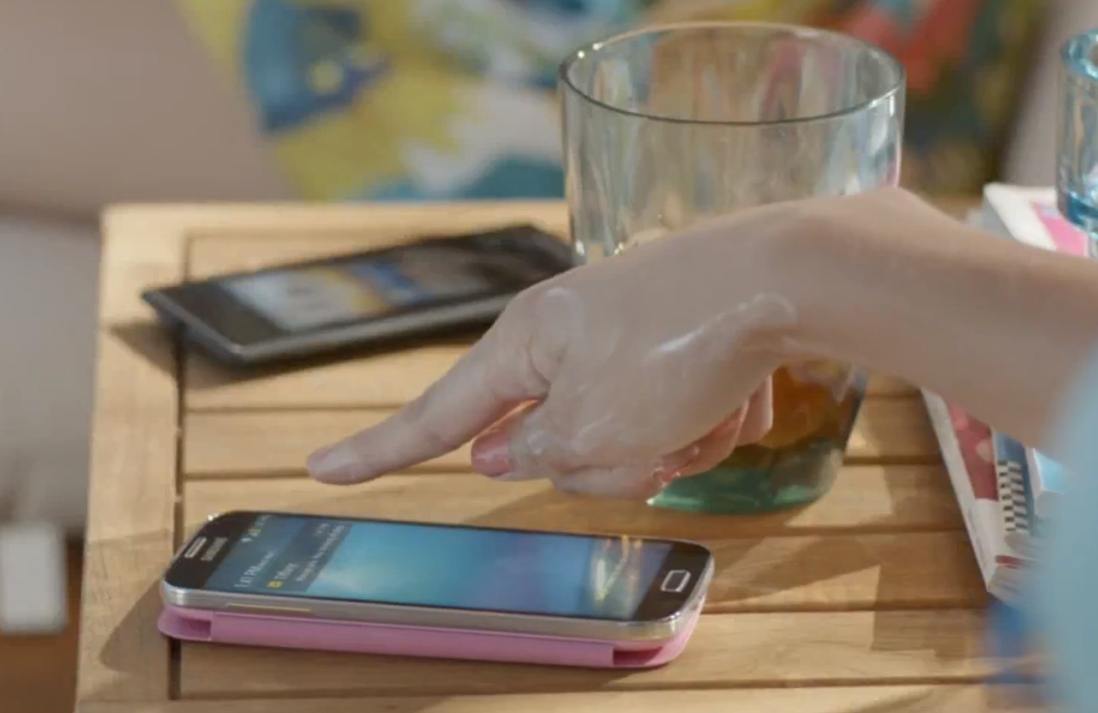 One of the big criticisms leveled at Samsung after its admittedly ridiculous Galaxy S4 launch in March was that its new device didn’t contain anything groundbreaking, only a series of “gimmicks” that consumers wouldn’t really care about, such as its  Air View feature that lets you interact with your phone just by hovering your finger over it or its Smart Pause eye-tracking technology that automatically pauses videos whenever you look away from your device. My immediate reaction was different from those of the critics, however, since I thought the new features only looked like gimmicks because Samsung’s crack marketing team hadn’t yet figured out a way to promote them.

My suspicions that Samsung’s advertising crew would deliver were confirmed when I watched the company’s first big ad for the Galaxy S4 that launched over the weekend. Samsung isn’t doing anything new with this ad but is rather sticking to its very winning formula of showing how the Galaxy S4 makes life more enjoyable in real-world situations while using the right dose of humor to rib chief rival Apple. This new ad is particularly effective because it overwhelms us with new features whose cumulative effect is to make the iPhone 5 look out of date by comparison.

Take the way that the ad decided to market Air View, the feature that lets you wave your hand in front of your phone to interact with it. When Samsung debuted this feature in March I thought to myself, “Why the hell would I ever need to flip on my phone without actually touching it?” But then the Samsung ad answered the question for me: When I’m eating barbecue ribs and I don’t want to get sauce all over my device.

Now, it’s true that I’m not often in situations where I don’t want to touch my phone because I have gobs of gooey sauce all over my fingers. Nor is it the case that I’ve ever particularly wanted to tap phones with someone to share pictures with them via NFC. Nor have I ever felt compelled to use my smartphone as a television remote control, as one character does in the Galaxy S4 ad. But the point of the ad isn’t per se to make people say, “I can’t wait to flip through channels with my GS4!” Rather, it’s to give you the impression that the designers at Samsung have thought of absolutely everything and that the folks at Apple just haven’t been keeping up with their frantic pace of innovations.

Will features such as Air View actually catch on and force competitors to create similar functionality for their own smartphones? Probably not. But in a brutally competitive smartphone market, having consumers remember your device as the one you can answer just by waving your hand in front of it isn’t the worst thing in the world.