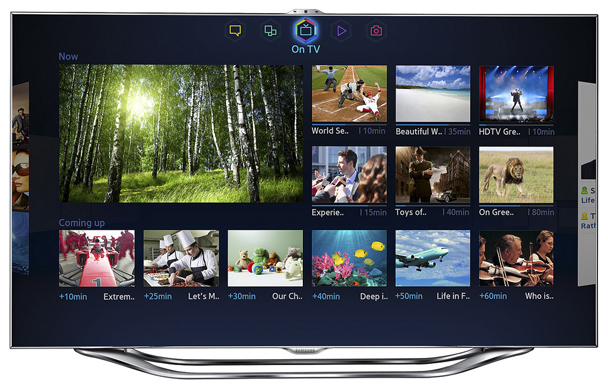 Samsung (005930) is a force to be reckoned with. Two short years ago it looked like Apple (AAPL) was set to run away with the smartphone industry, but Samsung came out in a big way and the companies now share the smartphone crown — Samsung handily out-ships Apple but the Cupertino, California-based company still pulls in more profit. There is one area where Apple reigns supreme, however, but Samsung may look to launch new attacks next year in an effort to extend its range in important secondary revenue channels.

Samsung raked in $6 billion in profit last quarter thanks in large part to huge smartphone numbers. The company also does well in several other areas of its business, but one key aspect of its portfolio is still lacking: services.

When it comes to value-added services, Samsung knows it has a lot of work to do. Apple’s iTunes provides a central location for music, movies and more across all of Apple’s products, and Samsung doesn’t offer anything that even approaches it. The company is dipping its toes in the content pool, however, having launched products like Music Hub this past year, but these services aren’t nearly as refined or effective as competitive offerings.

As picked up by Engadget, Samsung looks to be focusing on this moving into 2013. We’ve heard whispers about new content services in the works for Samsung’s smartphones, tablets and other devices, and the company will also look to refine its interfaces — an all-too-important aspect of content services that has historically fallen short on Samsung devices.

Ahead of the Consumer Electronics Show in Las Vegas next month, Samsung has posted a series of teaser images on its Flickr account. The pictures just offer a small taste of the major redesign Samsung has planned for the Smart Hub on its devices, and it is also part of a bigger play we’ll see unfold over the coming years: Samsung has the hardware down, and now it will refine its software and service experiences in an effort to cement its role as an end-to-end hardware, software and solutions provider.

Look for Samsung to make moves in this regard across its various device categories as the company further establishes itself as a global leader.[bgr-post-bug]