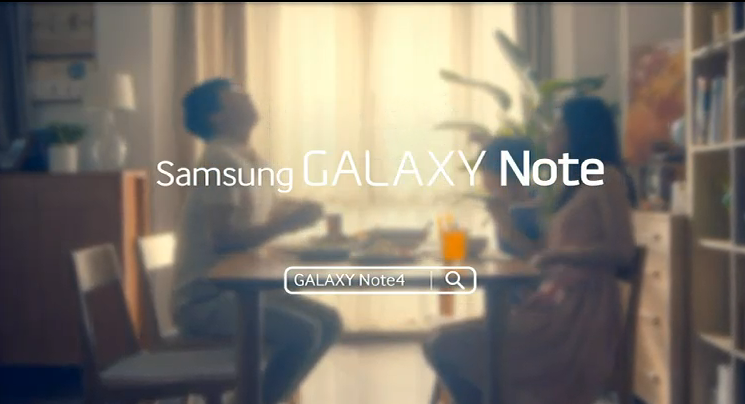 You don’t have to understand Chinese to get the point of Samsung’s newest Galaxy Note promo. In a new video posted on Samsung’s Chinese media page, Samsung shows how the Galaxy Note can help bring families closer together and then at the end of the video tells people to sign up to get more information about the upcoming Galaxy Note 4. The video itself is pretty simple: Two parents get into a fight, their son uses the Galaxy Note 3’s stylus to add cute drawings to an old picture of the father proposing to the mother, he sends it to them and, voila, they forgive each other.

Additionally, G for Games has spotted some new Galaxy Note 4 promo posters that have sprouted up in Beijing, so it looks like Samsung’s marketing machine is starting to gear up for its major fall launch.

Everything we’ve heard about the Galaxy Note 4 indicates that it’s going to be a monster of a smartphone, with specs that include a 5.7-inch QHD display with a resolution of 1,440 x 2,560 pixels, a 2.7GHz Qualcomm Snapdragon 805 processor, a 16-megapixel rear-facing camera with optical image stabilization (OIS), a 4-megapixel front-facing camera, 3GB of RAM and 32GB of storage.

To watch the new promo featuring the Galaxy Note 4 teaser, check out Samsung’s Chinese media page by clicking the source link below.