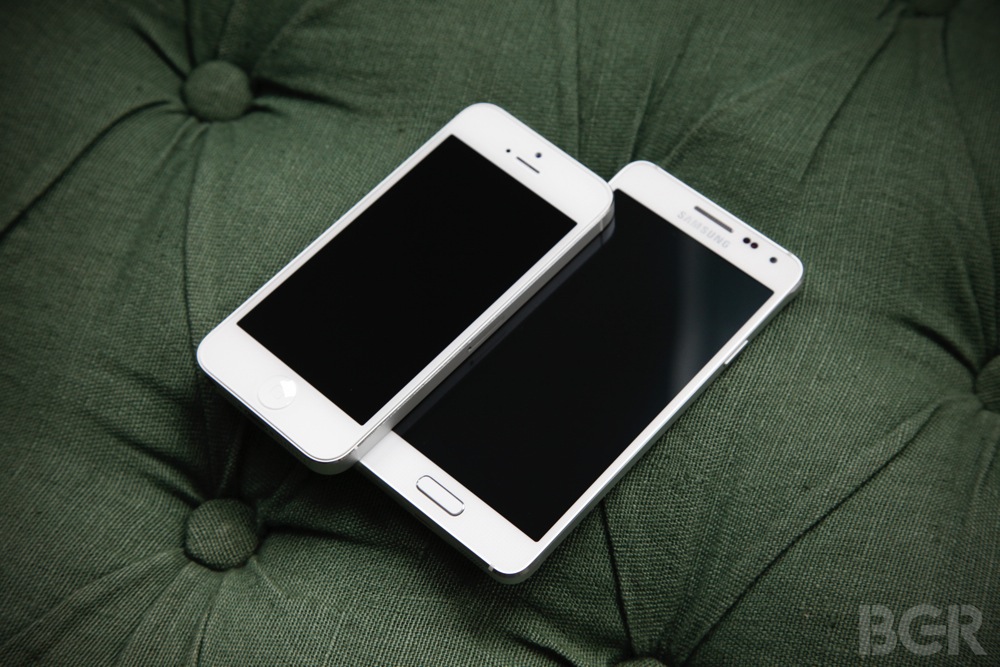 Samsung is releasing three new phones that seem very similar to the iPhone 5 and iPhone 5s. And now a new filing from the Federal Communications has revealed some more information on yet another Samsung iPhone lookalike that will be a more budget version of its Galaxy Alpha.

The phone is called the Samsung Galaxy A3, and thanks to the numerous leaks we know it has a 64-bit Snapdragon 410 processor, a 4.8-inch display with a qHD (540×960) resolution, 1GB of RAM, a 5-megapixel rear camera, 8GB of internal storage, and Android 4.4.4 KitKat. Since the phone has yet to be released, SamMobile figures that the phone will be updated with the new Android 5.0 Lollipop.

The FCC filing reveals little, but does give us information about the A3 having dual SIM slots. It also appears to be lacking in 4G connectivity, which means that you’ll be stuck on slower 3G services if you buy it. Then again, of course, it is a budget phone and you are getting when you pay for.

Check out the specifics from the FCC below: