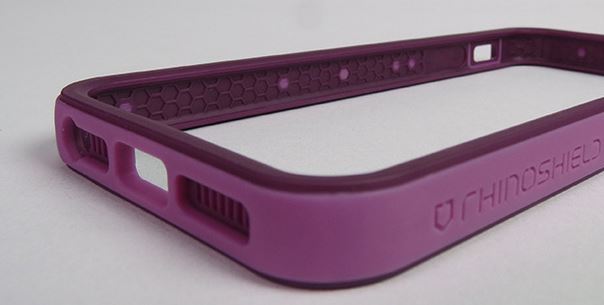 We’ve seen a lot of iPhone 6 cases pop up on Kickstarter lately, but this one still looks like something special. The Rhinoshield Crash Guard is a new case that’s being pitched as a “slim profile bumper case that provides amazing drop protection for the iPhone 5/5S/5C, the iPhone 6 and the iPhone 6 Plus. Protection that does NOT compromise on the original design.” The case’s Kickstarter fundraiser has already exceeded its original goal of £6,000 and has now raised more than £100,000. It has 17 days remaining, and has already racked up an impressive 3,844 backers.

EARLIER FROM RHINO: How to protect your phone against the heaviest assaults

RhinoShield case maker Evolutive Labs has promised protective products in the past and delivered with its original Rhino Protective Shield.  Its next endeavor looks as though it may deliver again with the Crash Guard. Have a look at the impressive specs, as seen on Rhino’s Kickstarter page:

Sure, that looks well and good, but will it survive a dramatic fall?

With the phone surviving an impressive test that involved dropping an iPhone from 24 feet directly onto concrete, a short slip from your hands shouldn’t be a big deal at all.

Evolutive Labs promises the new Crash Guard will offer minimal coverage yet supply maximum protection for your iPhone. Upon the release of the Rhino Crash Guard, Evolutive Labs plans to “ship all iPhone 5 orders within a week or 10 days and iPhone 6 models by the end of November, well in time for the holiday season.”

Considering that the case already hit its Kickstarter goal, iPhone users can look forward to protecting their iPhones within the next few weeks. Check out the Kickstarter page by following the source link below.