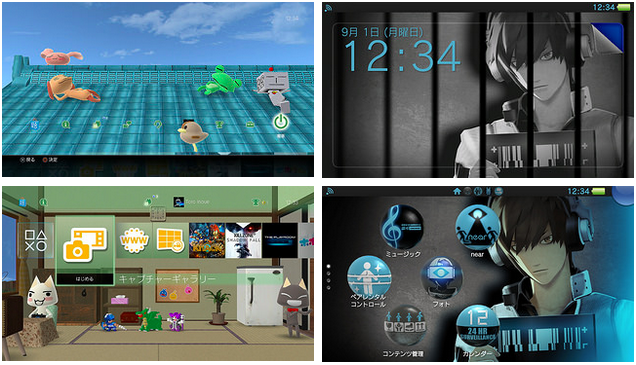 The success of the PlayStation 4 in the international market has been well-documented, but that doesn’t mean Sony’s latest home console is without its own unique flaws. In our review last fall, we noted that the app stream on the dashboard was going to become problematic as the PS4’s library began to expand, yet Sony still hasn’t found a way to address the issue in any of its recent updates. In the meantime, the company plans to distract us with dashboard themes.

Sony announced at its pre-Tokyo Game Show press conference that themes will be coming to the PS4 and PS Vita. The themes will allow PS4 owners to customize their home screens with new wallpapers, icons and sounds based on their favorite games. From what Sony showed off during the press conference, it looks like the PS4 themes will be very similar to themes on the PS3.

There was no word on whether or not PS4 and Vita owners would be able to upload their own personal wallpapers or themes — Sony was only showing off specific game themes during the event.

According to Sony, themes will launch alongside system software update 2.00 this fall. A translated tweet seems to indicate that themes will be included in firmware update 3.30 for the PS Vita this October as well.