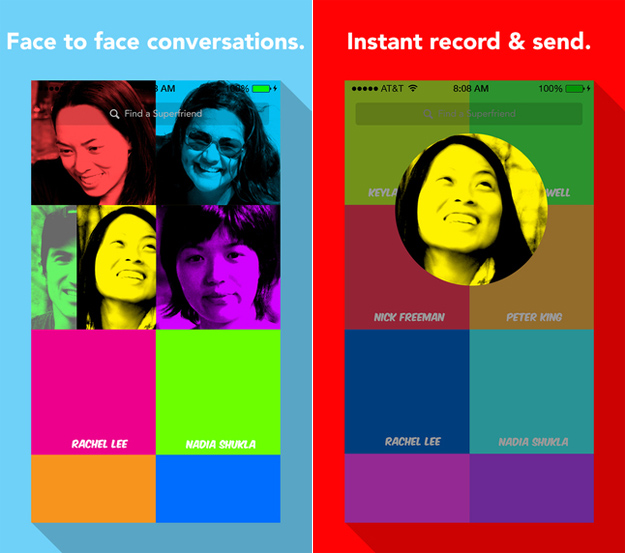 Pop, released today by iOS app developer Gist, is a fun and colorful messaging app with a unique interface unlike comparable offerings. The app allows users to quickly record and instantly send brief video messages, and it automatically applies a unique pop art filter to each conversation.

Chats can be seen on the app’s main screen in a Windows-like tile interface, and users can swipe each tile from side to side to few earlier and later videos in the conversation. Tapping and holding on a tile will allow the user to record a new message in that conversation.

A video showing exactly how the app works follows below, along with a link to download Pop for free.