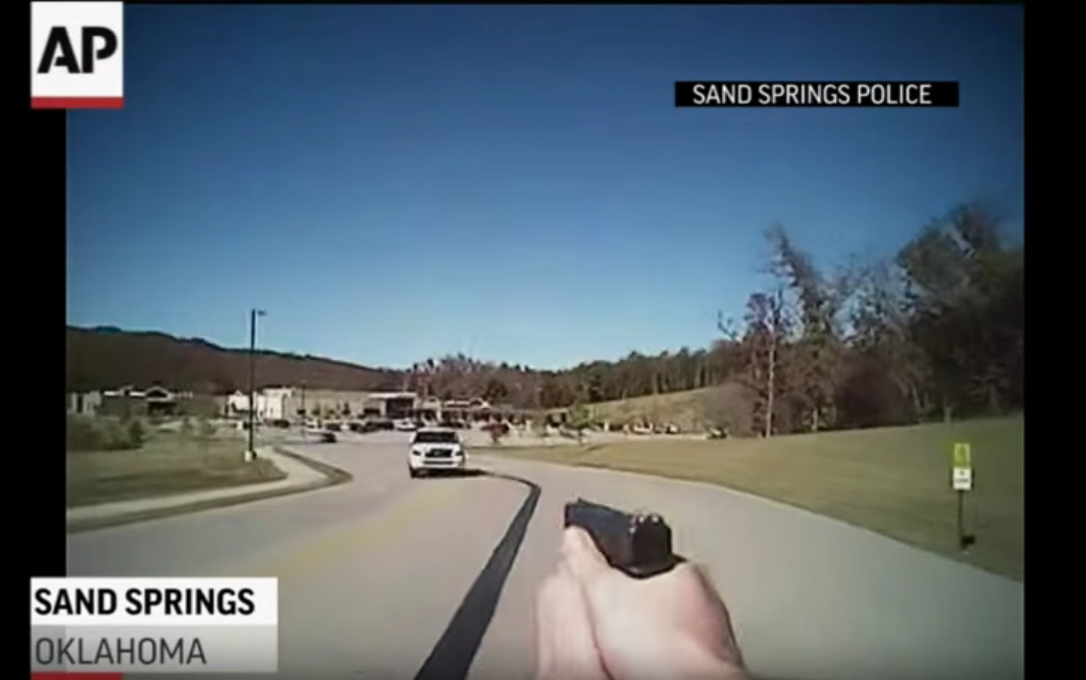 A pair of police officers in Sand Springs, Oklahoma narrowly escaped death when a woman driving a stolen vehicle rammed their police cruiser on Monday afternoon. Dramatic footage of the event was released by the Sand Springs Police Department and posted by the Associated Press on Tuesday, and it shows the entire ordeal.

The footage begins with the collision, as an intoxicated woman driving a stolen SUV barrels toward the officers’ car and strikes it in a head-on collision. Patrol officer Matt Stacy can be seen drawing his weapon before jumping away from the vehicle just ahead of the impact.

The suspect, who was identified by Sand Springs Deputy Chief of Police Mike Carter as 41-year-old Stacy Ann Bunsey, fled the scene in the stolen SUV and was pursued by officers. The video then shows the vehicle stopped on the side of the road, with Bunsey standing on the driver’s seat shouting at officers with the top half of her body exposed from the sunroof.

Officers would eventually taser the woman and forcibly remove her from the vehicle.

Bunsey now faces four felony counts including assaulting a police officer, driving under the influence, eluding a police officer and possession of a stolen vehicle. She was also charged with one misdemeanor count of resisting arrest.

The raw footage from the chase and arrest is embedded below.