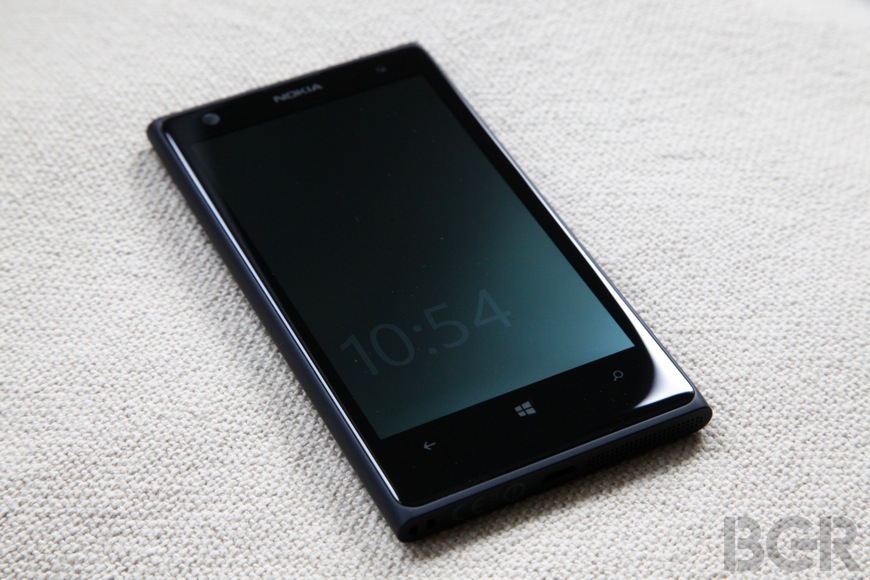 After a couple of quarters of promising growth, Nokia’s smartphone unit sales suddenly shrank from the third quarter last year to the Christmas quarter of 2013. Smartphone sales usually grow sequentially into the Christmas quarter of any given calendar year. The most ominous possibility is that the Microsoft-Nokia announcement may have triggered a sudden consumer backlash against Nokia brand, particularly in the high-end category.

There was reason to expect Nokia to deliver unit growth, because the cheap Lumia 500 series phone sales were still growing notably rapidly in the autumn, even in America. Two low-end Lumia models are still the two best-selling non-contract phones on Amazon. But overall handset revenue tanked by 29% in the fourth quarter last year.

Many analysts had expected Nokia to sell 10 million smartphones during the Christmas quarter. The company ended up selling just 8.2 million.

Well, sales of the high-end Lumias have clearly eroded badly. The best-selling Nokia contract model on Amazon.com is the Lumia 1020 at No. 60, far behind brands like Casio. Nokia’s attempt to penetrate Verizon and AT&T has fizzled badly. European demand for the Lumia 900 series faded rapidly towards the end of the year as well. Nokia actually mentioned on Thursday that the main reason for its phone revenue drop-off was in the smartphone unit — meaning that feature phone sales declined more mildly.

Almost nobody expected this.

Did consumers suddenly abandon Nokia brand because of the imminent Microsoft deal? It is hard to find an alternative explanation to why the demand for Nokia’s Lumia models slowed down so rapidly after autumn sales performance had beaten industry expectations, spiking nicely compared to the spring quarter. Apparently there has been a clear trend change in Lumia sales, and this change coincided with the announcement of Nokia’s handset unit sale to Microsoft, which was announced last September.