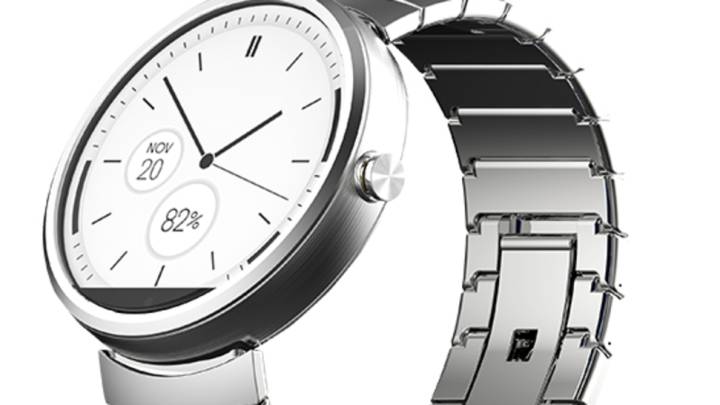 The Moto 360 was definitely one of the most promising smartwatches we saw last year and we can’t wait to see what improvements and refinements Motorola will make with the second-gen Moto 360 this year. Droid Life has snagged some photos that were posted on Thursday by Lenovo CEO Yang Yuanqing on his official Weibo account before quickly removing them. The reason he did this, Droid Life speculates, is that they may have included photos of the next-gen Moto 360.

Here, for example, is one of the pictures he posted. You can see several watch parts and strapes and it looks like only three or so of them are fully assembled. They obviously bear a lot of resemblance to the original Moto 360 and we doubt Lenovo’s CEO would have so quickly deleted this picture if this were just a collection of pics of the first-gen Moto 360.

Droid Life also makes some sharp observations about differences between this device and the original Moto 360.

“You can see a watch that looks similar to the original Moto 360 except it now has lugs attached to its round body that hold watch bands,” the publication writes. “The original Moto 360 has no lugs and instead hosts watch band attachments underneath the body of the watch. Adding lugs does help the watch look much more like a classic timepiece, which is what Motorola claims they were going for with in the original.”

Check out more pictures of this mystery smartwatch at Droid Life by clicking here.