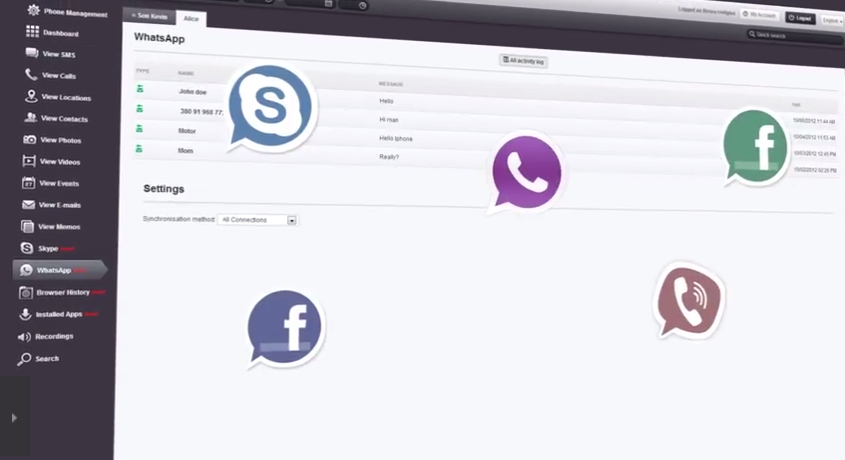 While some companies are coming up with new hardware and software meant to thwart spying attempts and protect the privacy of the users, other companies are creating exactly the kind of software the NSA would be proud to use in order to covertly access all data on a smart device, Forbes reveals. Devices pre-loaded with mSpy software, that’s apparently undetectable to the user, can send a boatload of information to a site where the person who has access to the software can track activity.

mSpy will collect all the relevant data. “Every call is recorded, every keystroke logged, every email seen, every SMS chat or photograph monitored,” Forbes writes. Location details are also grabbed along the way, and the devices can be used to listen to unsuspecting targets without them knowing about it.

The software is compatible with any smartphone platform, with mSpy already selling popular devices, including the iPhone 5s but also Android-based Galaxy S4, Nexus 5 or HTC One pre-loaded with mSpy. The software costs $199 per year, on top of what the company charges for the handset.

The purpose of the mSpy is to help parents track the activities of their children who already own handsets. But such a phone can easily be used to spy on significant others, employees or for malicious intents. Andrei Shimanovich, who developed the software, says he first thought of it when keeping an eye on his little sister who used to run away from music and dancing lessons. But he insists the software is not illegal, just another tool available to buyers looking for such solutions.

“It is the same question with the gun producer,” Shimanovich said. “If you go out and buy a gun and go shoot someone, no one will go after the gun producer. People who shoot someone will be responsible for this. Same thing for mSpy. We just provide the services which can solve certain tasks regarding parents and teenagers.”

The first mSpy videos posted on the company’s channel are two years old, which means the software was available to interested buyers well ahead of the Edward Snowden NSA-related leaks that described sophisticated spying means that help intelligence agencies collect bulk data from all sorts of smart devices. mSpy also works on tablets.